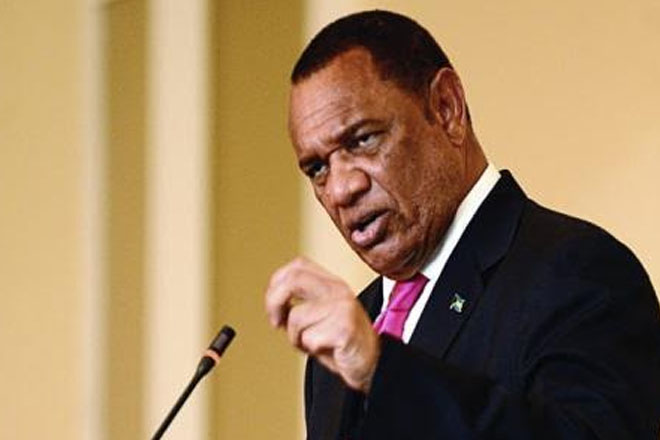 “Despite the delays which have occurred with its opening, I have been reassured today, as a result of very positive discussions, of the commitment of the chairman of China State Construction [Engineering Corporation] to his full cooperation to ensure its early completion and opening,” said Christie in New York on Monday during an event celebrating the 30th anniversary of China Construction America (CCA).

CCA is a subsidiary of CSCEC and is the contractor for Baha Mar.

On Sunday, Christie said he was travelling to New York to meet with the chairman to express concerns about the lack of construction at Baha Mar.

He said he would use the occasion to “register the government’s concern about the lack of construction activity”.

On June 29th, Baha Mar filed for Chapter 11 bankruptcy in the US District of Delaware. However, the cases for the Bahamian Baha Mar companies were dismissed last week.

At the event on Monday, Christie pointed out that CCA has become a major investor in The Bahamas.

CSCEC acquired the British Colonial Hilton hotel in downtown Nassau last October and revealed that CCA is constructing a $250 million resort at the site called The Pointe.

“This development, coupled with the construction of a marina and boardwalk on the harbour front, will launch a transformation and modernization of downtown Nassau, the premier port of call for cruise travel in the region, with its picturesque and historic center of government and commerce,” Christie said.

“And so, I am indeed grateful to China Construction for seizing the opportunity along with other notable international investors and personalities to invest in The Bahamas.

“They are partnering with the government on initiatives that would help us to achieve our objectives of creating opportunities for growth, improving economic livelihoods for Bahamians and making The Bahamas even more attractive as an ideal place for others from around the world to visit, reside and do business.

“There are a myriad of other opportunities that may stimulate China Construction’s interest, and that of other investors in The Bahamas.

“So we look forward to a long and mutually rewarding relationship and join with China Construction’s other clients in celebrating their 30th year of operation in America and wish the company continued growth and success in its endeavours.”

The Pointe will boast 200 rooms and an 80-slip marina.

The project is expected to create 500 permanent jobs and around 200 construction jobs.