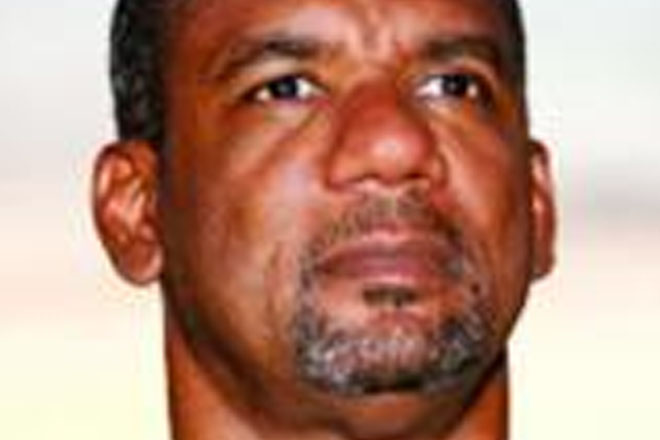 Nassau, Bahamas — Amid a growing firestorm over the Bahamas government’s decision to wait more than a year before releasing a report on a Rubis gasoline spill that occurred more than two years ago, local MP Jerome Fitzgerald said on Monday he understands the “reasons and rationale” behind the decision to withhold the document.

The report was completed by Black & Veatch International on February 20, 2014.

It concluded that residents who live and work near the Rubis gas station were exposed to chemicals that could create health risks.

The Bahamas Environment Science and Technology (BEST) Commission released the report on Friday, a day after area residents expressed anger that it had been withheld for so long.

He said he is satisfied that government officials are doing what needs to be done to address the matter.

However, Free National Movement (FNM) chairman Michael Pintard charged that the government made a “grave mistake” by suppressing the report.

Director of the BEST Commission Philip Weech indicated during a town meeting on Thursday that the agency did not release the report because it did not have the approval of the Office of the Attorney General to do so.

Pintard, who raised the issue in the Senate last month, said on Monday the people who are affected should have been apprised about the report from day one.

“The government I think has made a grave mistake in not sharing the information much sooner and they have only shared it in the face of others having revealed it in the public,” he said.

“It is clear that the government has a duty to one, regulate the sector properly then secondly to protect residents who may be negatively impacted because of some mistakes or accidents… The government failed both as a regulator and it also failed in protecting public health.

“It had an obligation to reveal all of the information that they had in their possession so that one, the public would know what steps the government intended to take to remediate the situation.

Pintard also charged that Fitzgerald — who in opposition expressed great concern for the environment — should have done more.

“Rather than repudiate the private company, he should also be repudiating the government that he is a part of,” Pintard said.

“That would certainly be in keeping with the Jerome Fitzgerald that we know as somebody who is prepared to stand up for environmental concerns and the residents who are impacted when the environment is in danger.

“So I wait to see what his comments will be in the upcoming days and weeks.”

After a town meeting on Thursday night, Fitzgerald told reporters he had been trying to meet with Rubis officials on the matter but they have refused to meet with him.

While in opposition, Fitzgerald took the Ingraham administration to task over several environmental concerns surrounding government projects, particularly the dredging at Bell Island and the development of Saunders Beach.

Pintard said Fitzgerald should have been just as vocal on the gasoline spill issue.

He said he finds it hard to believe that Fitzgerald was unaware of the details in the report prior to its release.

“Certainly as a member of the Cabinet he should be concerned if he was kept in the dark over a report which I presume was ventilated in the Cabinet of The Bahamas,” the chairman said.

It is still unclear why it took so long to make the report public given the alarms it raised about the likely risks to public health.

Asked when he found out about the report, Fitzgerald said he learned about it last year.

However, it is also unclear whether Fitzgerald knew what was in the report before it was released.

“The other night she authorized the release and it was released.”

Fitzgerald said he would not question the attorney general on the matter.

“I’m not going to question the AG because there are a lot of legal issues at play and of course the government has a role to play as well, and so whatever the reason is I’m pleased and happy now the report is released,” he said.

“That gave me and everybody else a better understanding of what the situation is, and that in and of itself should put a lot more pressure on Rubis for them to understand the urgency and to deal with the residents “

Responding to criticism that he should have done more to educate his constituents, Fitzgerald said he is satisfied with the government’s response.

“So from my point of view, I felt satisfied that the public officials were doing what needed to be done.”

When asked about the delayed release, Attorney General Allyson Maynard-Gibson did not agree that there was a delay.

“I cannot say that there was a postponement of the release of the [report] and I think it’s premature to make any indication about what steps the government will take in relation to the matter,” she said on Monday.

“Obviously, the most important thing is the thing that has been happening and that is to address the situation of those who are directly impacted and that was immediately addressed and the indirect impact is an ongoing matter.”

The consultants concluded that residents and workers at the nearby Cable Bahamas buildings and occupants and visitors to the commercial buildings on the north side of the road “were potentially exposed to chemicals as a result of the Rubis [gasoline] release” in late 2012, early 2013.

It has now reopened.

The report states that indoor air samples for chemical analysis were collected by Cable Bahamas’ contractor in late January and early February 2013 from three locations inside the customer service and retail building, as well as outside of the north end of the building.

“Benzene was detected in all building air samples at concentrations exceeding the EPA (US Environmental Protection Agency) non-residential screening level,” the report notes.

According to the Centers for Disease Control and Prevention, benzene is a chemical that is a colourless or light yellow liquid at room temperature. It has a sweet odour and is highly flammable.

The US Department of Health and Human Services (DHHS) has determined that benzene causes cancer in humans.

Long-term exposure to high levels of benzene in the air can cause leukemia, cancer of the blood-forming organs.