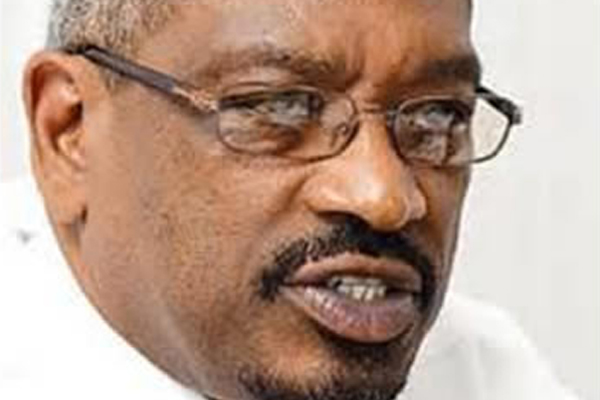 Nassau, Bahamas — If the Christie administration fails to act over the alleged bribery of a person reportedly connected to the Bahamas Electricity Corporation (BEC), it would be just as guilty as the bribe taker, Bahamas opposition leader Dr Hubert Minnis charged on Wednesday.

Minnis and government MP Dr Andre Rollins called on the government to investigate and prosecute the person who allegedly took bribes totaling $325,000 to swing BEC contracts to Alstom SA, a French company, between 1999 and 2003.

On several occasions, Minnis called on the government to identify the alleged bribe taker.

“I agree with the leader of the opposition,” said Rollins during his contribution to the debate on the Electricity and Renewable Energy Amendment Bill.

“Let that man or woman be identified and let that serve as a deterrent for any future individuals who wish to adversely impact the welfare and the interests of the Bahamian people by seeking to gain a personal advantage that is counter to the interests of the man and the woman on the street that put us in the place.

“I am not suggesting that the former administration led by Hubert Ingraham had knowledge of any corrupt intention.

“But what I am saying is that someone has to answer for what happened in 2003.

“If nothing happens and it just gets buried under the rug, it means then that you have to question whether there is a sincere interest in rooting out corruption in this country.”

On December 22, the US Department of Justice reported that Alstom had agreed to pay $772 million to resolve allegations that it bribed high-ranking foreign government officials for lucrative projects.

Following Rollins’ contribution, Minnis said, “The member is a PLP, but he spoke like an FNM.”

Referring to comments made by Environment Minister Kenred Dorsett that the former Ingraham administration brought shame to the country, Minnis said it is the responsibility of the current government to deal with the bribery matter.

“It is the responsibility of the government to investigate, to determine who had accepted the bribe and deal with the matter, even if it calls for prosecution. We must have a change,” Minnis said.

“He said we shamed The Bahamas. Well, they have an opportunity to un-shame us.

“That is what an FNM government would have done. If there is no further investigation or prosecution, or we hear nothing about this, then the present day government is just as guilty as the individual who received the bribe.”

Rising to his feet on a point of order, Prime Minister Perry Christie said the government is doing all it can on the matter.

“The government today has noted what has been said and has approached the United States of America through its government in accordance with treaties that we have, requesting the necessary information with a view to taking whatever consequential action that should be taken or could be taken as a result,” Christie said.

“If the leader of the opposition would wish at some stage or the other to consult on the matter, I would be willing to do so.”

Former BEC chairman J. Barrie Farrington has described the bribe taker as a “traitor” who must be revealed and “made to pay a price for this unforgiveable transgression”.

Farrington called on Christie to appoint a non-partisan commission to investigate the matter and to make recommendations on how to bring conclusion to “this unwanted stain on the country’s reputation”.