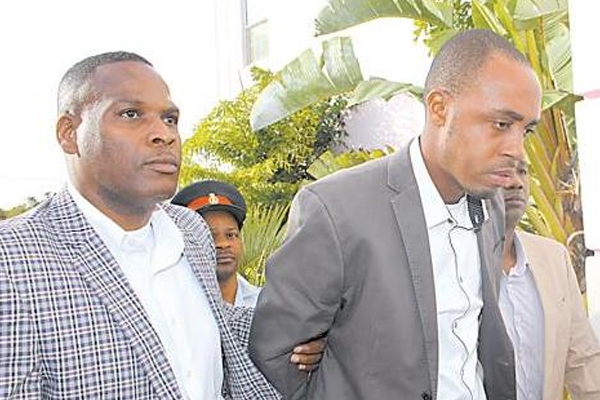 Nassau, Bahamas — A police officer was on Friday charged in The Bahamas with one count of child pornography in relation to a sex tape scandal and a second officer was arrested in the same matter.

Edmund Lewis Jr. appeared before Chief Magistrate Joyann Ferguson-Pratt on Friday, charged with producing child pornography between July 2014 and January 21, 2015. He was not required to enter a plea and was remanded in custody until March 9.

Ferguson-Pratt asked Lewis if he was a serving member of the Royal Bahamas Police Force and he said, “Yes.”

“I ask because you will be remanded and I am aware that security issues may arise,” she said. “Your counsel has not made an application but the court will alert the superintendent of prisons that you are coming so that you can be as safe as practical.”

Meanwhile, the second police officer arrested in the matter will “in all probability” be charged with an offence, Commissioner of Police Ellison Greenslade said on Friday.

The charges stem from scores of videos depicting explicit sexual acts with a man and multiple women that have been widely circulated on the internet since Thursday.

“We suspect, based on the conversations that we have been having, we expect to see far more complaints and so this appears to be an investigation that may be very protracted but it is going to be very deliberate and very focused,” Greenslade said during a press conference at police headquarters.

The commissioner said police were inundated with complaints about the videos.