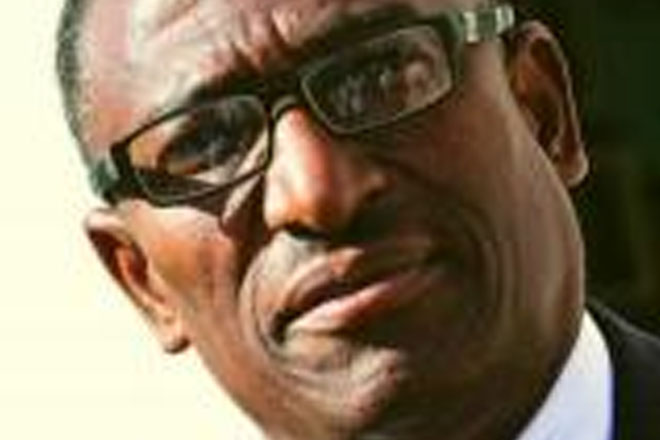 Nassau, Bahamas — Deputy Commissioner of Police Anthony Ferguson interviewed Minister of Agriculture and Fisheries Alfred Gray on Friday as police in The Bahamas continued to investigate an allegation that Gray interfered in a judicial matter in his constituency on March 19.

It came just over two weeks after Prime Minister Perry Christie announced in the House of Assembly that the attorney general had referred the matter to police.

Gray’s attorney, Wayne Munroe, also said in a statement that Superintendent Robert Sherman Young, the officer in charge of the Complaints and Corruption Unit of the police force, was also a part of the interview.

The statement said Gray was accompanied by Munroe and by attorney Mario Gray.

Gray was relieved of his local government portfolio two weeks ago pending the outcome of the probe.

On March 20, Gray admitted that he spoke to Mayaguana Administrator Zephaniah Newbold, the local magistrate, about a matter involving a young man in his constituency.

He said Newbold had convicted the man of a minor crime and he told Newbold what his options were, that he could grant bail to 19-year-old Charlton as an appeal had been filed.

Munroe indicated on Friday that Gray and his team are satisfied police have approached the investigation seriously.

“We are assured by the selection of the deputy commissioner of police as the officer to conduct the interview that the Royal Bahamas Police Force is taking this matter with the seriousness that it deserves,” the statement said.

“The deputy commissioner of police has the benefit of the protection of Article 120 of the Constitution in the discharge of his office.”

According to Munroe, Gray gave a detailed statement under oath, which included five annexes.

Newbold previously claimed that he released Charlton outright, and not on bail “after an order came forth”.

Charlton’s mother, Natasha Charlton, said in an interview with The Nassau Guardian two weeks ago that she called Gray, her MP, after Newbold convicted her son of disorderly behaviour, obscene language, assault and resisting arrest, and sentenced him on the spot to three months in prison.

In a statement on Wednesday, Munroe said Gray is confident he will be vindicated.

Munroe said Gray looks forward to assisting police so that the “true facts” will be known.

“V. Alfred Gray is confident that the facts that will be revealed by any investigation will vindicate that he acted properly in his function as a minister of government in discharging his primary function as a member of Parliament,” Munroe said.

“Mr Gray’s election to the office of member of Parliament for MICAL came before his appointment as a minister.

“It appears to have been lost on many that members of Parliament still have obligations to their constituents even if appointed to the high office of a minister in the government of the Commonwealth of The Bahamas.

“This fact is and will never be overlooked by Mr Gray. He is and will always be accessible to the good people of the great constituency of MICAL.

“He is only a telephone call away. He is and will always be concerned about the physical well being of all whom he has the privilege of representing.

“He will not be dissuaded from executing the function of both his office as a member of Parliament and as a minister of government.”

Commission of Police Ellison Greenslade said on Wednesday he expected to investigation to be completed soon.