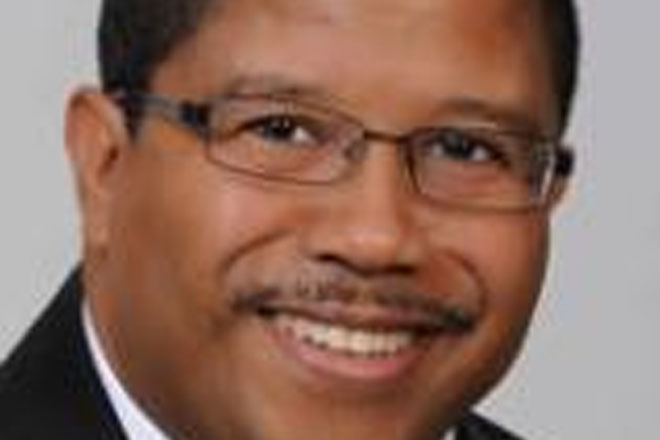 Nassau, Bahamas — Opposition Free National Movement (FNM) deputy leader Peter Turnquest said the Christie administration’s so-called announcement that it has selected PowerSecure Inc. to manage the Bahamas Electricity Corporation (BEC) is premature, given that the government has admitted that the negotiations with the company are not yet complete, and that the Illinois company is only at this point “the preferred bidder”.

Turnquest told Guardian Business on Sunday the announcement was made to serve a very specific purpose.

“The reality is that whenever the government finds itself facing a crisis that makes them look bad or points out their failures – and in this particular case their failure to carry out their fiduciary duty to protect the Bahamian people and in particular the people of Marathon – they come up with some other issue to distract the Bahamian people, to try and turn the news page, if you will,” he said.

Turnquest said the Christie administration has suffered what he deems a number of very damaging stories recently. He cited as evidence the uproar over the 2012/2013 Rubis spill and the subsequent handling of the Black & Veatch report, the most recent blackout, the continuing saga surrounding allegations that Agriculture Minister V. Alfred Gray interfered in the judicial process and the fracas caused by an investigation into the Urban Renewal Commission, which has resulted in an astounding display of defiance from the co-chairs of that commission to request for their appearance to answer questions.

“So from where I sit, this is their attempt to change the story,” Turnquest told Guardian Business. “And so the fact that all of the Is have not been dotted and the Ts have not been crossed at this point supports the view that they are in fact being premature in terms of announcing this deal, that the details have not been nailed down as yet, but they needed to move the story forward.”

In fact, Deputy Prime Minister Philip Davis’ announcement on Thursday that the administration has selected PowerSecure to manage BEC made reference to the fact that there are still terms to be agreed, raising immediate questions about whether or not that announcement was premature.

Guardian Business put the questions to Davis, whose response was: “questions are noted”.

“I am not in a position to provide more information than contained in the release at this time,” Davis said. “As you would have noted, the preferred bidder is a publicly traded company, and we have to be cautious in respect to public utterances. We are to finalize the management agreement, and answering the questions posed could compromise the negotiations.”

Turnquest expressed some doubt that the announcement would bear fruit, so to speak.

“We know that the government has made a number of announcements that have not come to fruition, the most glaring of which is the Baha Mar delay, but we wait to see whether this deal is going to be consummated and whether, at the end of the day, we will have a deal that is in the best interests of the Bahamian people,” he said.

A careful examination of the language proves that the announcement was that PowerSecure was “the preferred bidder” to manage BEC. Guardian Business understands that there are no other bidders being seriously considered. Guardian Business also understands that among the outstanding items to be agreed is the labour relations portion of the contract.

Some other questions that arise out of the government’s announcement:

How many outstanding points of negotiation are there?

What timeline exists for PowerSecure to walk away, should they be so inclined?

What timeline exists for completion of these negotiations?

Who is leading the negotiations on both sides?

Davis’ announcement said the government was “satisfied that PowerSecure has the technical and financial capacity required to manage the new BEC”. He also said the government was “very pleased that the company has the ability to manage the building of new, major generation in New Providence, as well as the ability to procure and/or manage the building of renewable energy projects in New Providence and on the Family Islands.”

What the announcement does not say is whether having the ability to manage these items means that PowerSecure has been mandated and contracted to do so.

Another glaring absence in the announcement is any reference to the two class-action lawsuits facing PowerSecure Inc. in the US. The government has not responded at all to the questions raised by PowerSecure’s legal troubles in the US. Why?

Turnquest raised that issue as well when he spoke with Guardian Business.

“No one has said anything with respect to the issue that PowerSecure faces in respect of some legal matters, whether that has been squared away and they are satisfied that whatever is happening there will have no effect on the company and its ability to fulfil its promises or obligations to BEC and the Bahamian people,” he said.

The lawsuits allege that PowerSecure made materially false and misleading statements and omissions about its stock, which led the stock to be traded at artificially inflated prices. These “materially false and misleading statements” resulted in the members of the class purchasing PowerSecure common stock at artificially inflated prices, the complaint says, adding that once the truth was revealed to the market, PowerSecure common stock plummeted, causing losses to the members of the class.

The choice to bring in a company encumbered by fraud lawsuits was not explained or discussed in any way in the Davis announcement. However, the US Embassy took the unusual step of publicly commenting on the so-called selection. In a statement by US chargé d’affaires Lisa Johnson, the embassy applauded Davis’ announcement “that the government has agreed to engage in final negotiations with US-based PowerSecure on the content of an agreement to restructure and manage the Bahamas Electricity Corporation.”

Johnson’s statement recalled Prime Minister Perry Christie’s remarks that he had gone to the highest levels of the US government to assure himself of the company’s integrity. Those assurances were apparently given by US Secretary of State John Kerry, and Christie spoke to the matter in DC in January.