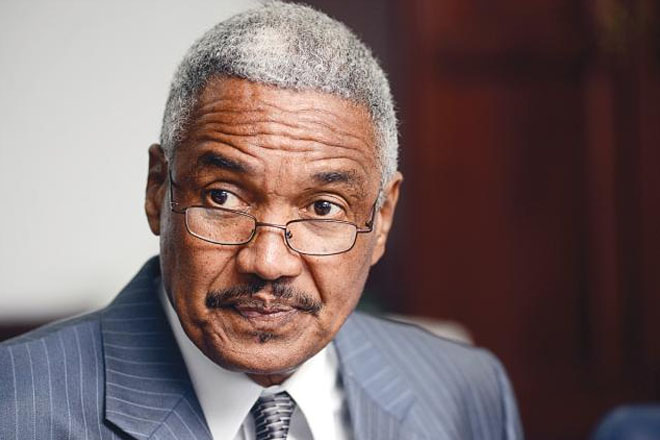 Nassau, Bahamas — The Bahamas Electricity Corporation (BEC) is in crisis mode and faces a worsening situation in the absence of urgent action on energy reform, BEC executive chairman Leslie Miller indicated on Monday.

Miller’s latest statements came as thousands of customers in New Providence were left without power for hours as the corporation lost one of its 26.5 megawatt engines at the Clifton Pier Power Station around 11:30 a.m.

“It would be good if the government could make a decision on the way forward so that we could ease the burden off the backs of the Bahamian people,” said Miller.

“I think it is clear now to everyone what needs to be done.”

While businesses and residents were impacted, hundreds of motorists were forced to navigate busy roads without the assistance of traffic lights.

Miller said engineers were attempting to diagnose the problem and get the engine back online, but he projected that load shedding would continue until early next week.

He said the loss of the generator put BEC in “bad shape”, with an engine at its Blue Hills Power Station still out of commission since a fire triggered a “catastrophic failure” and caused an island-wide outage last month.

Miller claimed this time around the outage was not island-wide, but he admitted that it was extensive.

Business owner Ria Treco said she is tired of complaining and tired of contacting BEC about frequent outages over the years.

“This is the fourth time power has been out for the morning,” she said.

“It is very hot and BEC just can’t seem to keep the lights on.

“It is very dark inside, so I do not have any business.”

Her power was off more than six times yesterday, she claimed.

“Once the [power] is off, everything in our shop is off,” Deleveaux said.

“We are losing a lot of sales. Our customers, when they come in, they are uncomfortable.”

As of 6 pm, Miller said the engine was still offline.

He said BEC requested its commercial customers to operate with their generators to free up enough power to keep residential customers on the grid.

“Our generators have sufficient fuel to last for a couple of days,” Brown said around 6 pm.

“Our telephone lines were interrupted as the power switched from city to generators, but that was it.”

An official at the Atlantis Resort and Casino made a similar comment, confirming the hotel was operating on its generators.

When asked about frequent outages and load shedding over the last few days, Miller said BEC has been load shedding because of a generation shortfall.

Power demand is 206 megawatts of power, but the corporation has been generating around 174 megawatts, according to Miller.

“What you do is share the load,” Miller said around noon.

“In other words, you would have areas off for an hour or so, and then switch to another area.

“I could not tell you off the bat, but there are many areas that are off now.”

Miller confirmed last week that BEC signed an $8 million contract with Aggreko to provide an additional 40 megawatts of power over the next nine months.

But it could take more than a month to receive the full complement of generators.

“I understand that around five to 10 megawatts is coming in this week,” Miller said.

“We are going to be on the borderline because, out of that 40 megawatts, Baha Mar is going to take 16.

“So, it leaves New Providence with an [additional] 29 megawatts.

“But if one of those big engines goes down…we will be on the border line.

Miller added that he requested an additional 20 megawatts of generation capacity from Aggreko.

Over the last couple of months, frequent power outages have plagued businesses and thousands of residents.

The government has long promised to provide long-term energy security to producers and consumers; increase energy efficiency and to provide modern and expanded energy infrastructure.

Last week, Miller renewed his call for the government to conclude the corporation’s reform process after numerous delays.

More than a month has passed since Prime Minister Perry Christie said he will name the company chosen to manage BEC in the “shortest time possible”.

Miller has estimated that once a deal is completed, BEC would be able to take advantage of cheaper fuel “almost immediately” and pass on $8 million in savings to the Bahamian people.

Yesterday, Miller said, “We are in some problems.”

He urged the government to choose a partner and conclude the deal.