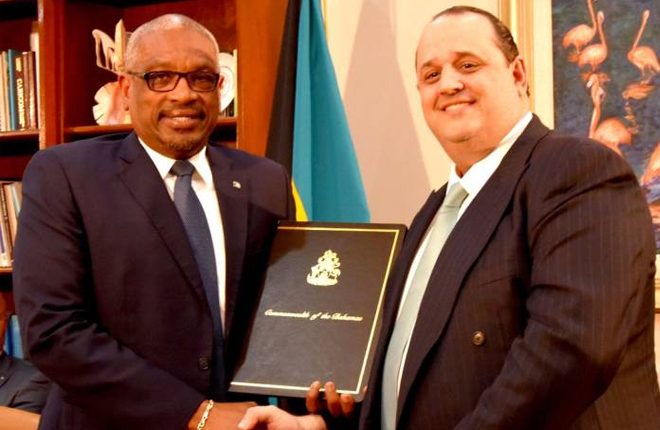 An oil refinery deal for the island of Grand Bahama was signed on Monday between Oban Energies and the government of The Bahamas.

The deal is reported to generate up to 600 immediate permanent jobs and ancillary jobs post construction, Prime Minister Dr Hubert Minnis confirmed at the signing at the Office of the Prime Minister, along with officials from Oban Energies.