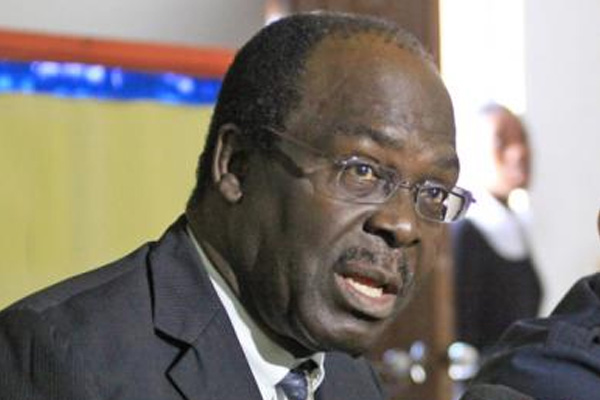 Nassau, Bahamas — After months of threatening to take industrial action, Trade Union Congress (TUC) president Obie Ferguson said on Tuesday thousands of workers across The Bahamas could withdraw their labour as early as Wednesday over unresolved matters.

The unions met on Tuesday night to discuss their course of action. Sources within the meeting told The Guardian that the umbrella union called for its members to strike on Wednesday.

The TUC has a long list of matters it says are outstanding.

For instance, as it relates to the nurses union, it lists concerns relating to shifts and payment issues.

The Bahamas Customs Immigration and Allied Workers Union meanwhile continues to have concerns over what it says is outstanding overtime pay, and promotion concerns.

“You cannot say, the public cannot say and the employers cannot say that the Trade Union Congress and its affiliates have not been reasonable,” Ferguson told The Nassau Guardian.

Ferguson said the unions have been more than patient with outstanding issues such as the employment statuses of some of their members being changed from permanent to on-call workers.

He accused the government of short-changing these workers on sick pay, vacation and holiday benefits and pension.

He cited several other issues the umbrella union organisation has.

The unions in question represent around 15,000 workers, Ferguson claimed.

But Director of Labour Robert Farquharson said on Tuesday night that any strike taken by those unions would be illegal as the matters are before the Industrial Tribunal.

“I can’t tell Mr Ferguson what to do. I have no control over what Mr Ferguson does,” Farquharson said.

“I know for certain the ministry of labour has followed the letter of the law. We remain open to meeting with anyone to discuss any matter. Anyone who violates the law would be subject to the consequences.”

Farquharson encouraged the unions to exercise their rights, but said they must abide by the law.

Ferguson meanwhile pointed to other issues.

He said the Air Traffic Controllers Union has filed a trade dispute and intends to take a strike vote imminently.

That union claims there has been a failure by the government to continue industrial agreement negotiations within a reasonable time.

According to Ferguson, the Department of Labour observed and certified each of the strike votes for the various unions concerned.

He said all of these strike votes received the necessary support.

“The other unions will be participating in other forms of whatever industrial action is called upon and asked of them to take,” Ferguson said.

Minister of Labour Shane Gibson has said that no amount of agitation would get the government to make commitments that are not financially feasible.

He also said the government would not allow the unions to shut the country down.

In a recent interview, Gibson said the government is trying to create consistency as it relates to benefits.

Asked how long industrial action would persist, Ferguson said, “I think we will do what we have to do.

“There is nothing left for me to do. My colleagues have decided this is the way to go.

“It is in the government’s hands as to how long this lasts.”

While Ferguson has for months threatened industrial action, none has yet taken place.

It was unclear whether his latest threat would lead to any action on Wednesday.