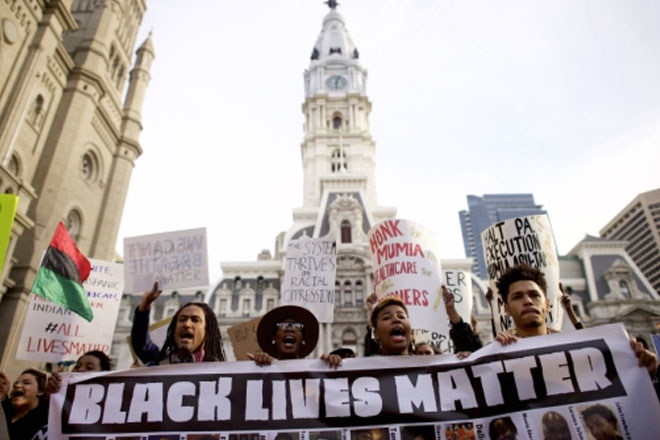 Washington, United States (AFP) — Protests broke out in Baltimore and spread to Philadelphia on Thursday over the death of an African-American man, as fresh claims emerged of how Freddie Gray sustained his fatal injuries in police custody.

Baltimore has taken centre stage in just the latest bout of protests in the United States over alleged police brutality and racism, echoing demonstrations that erupted in a St Louis suburb last year when a white policeman shot dead an unarmed black teenager.

Demonstrations flared in major US cities when a grand jury declined to indict the officer and there was a repeat on Wednesday when thousands again hit the streets in Baltimore, New York — where police made 143 arrests — the capital Washington and Boston.

Philadelphia on Thursday became the next US East Coast city to see protests demanding justice for Gray and an end to what demonstrators say is overly aggressive policing, particularly in confronting black Americans.

About 600 people gathered in Philadelphia, police said, and a similar number marched for a successive day in Baltimore, a city of 620,000 an hour’s drive from Washington that has witnessed some of its worst unrest in decades.

But there was no immediate return to the scenes that made worldwide headlines on Monday when violence and looting shook Baltimore following Gray’s funeral.

Gray died with 80 per cent of his spine severed at the neck, lawyers for his family say, portraying him as just the latest young African American to die at the hands of the police in the United States.