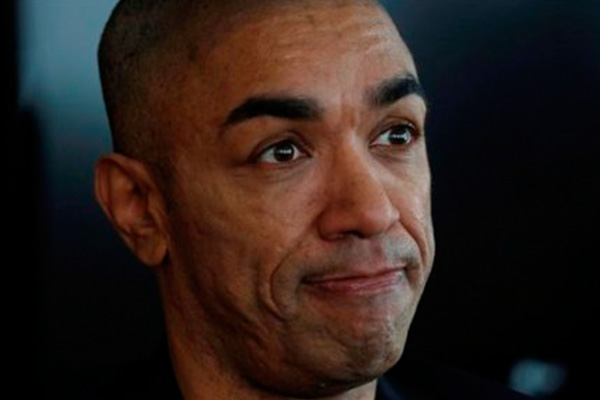 Hong Kong (AP) — President Barack Obama’s half-brother is publishing an autobiography that details the domestic abuse that served as the theme for his earlier semi-autobiographical novel, which featured an abusive parent patterned on their late father.

Mark Obama Ndesandjo also recounts his sporadic but intense encounters with his brother over the years in “Cultures: My Odyssey of Self-Discovery”. The self-published book, to be released in February, also tries to set the record straight on some points in the president’s bestselling 1995 memoir, “Dreams From My Father”. In that book, Obama seeks to learn more about their father, a mostly absent figure, after learning of his death in a car crash in 1982 at age 46.

Ndesandjo’s book comes four years after his novel, “Nairobi to Shenzhen: A Novel of Love in the East”. As in his first book, Ndesandjo wanted to raise awareness of domestic abuse by using his family’s story, although he said in an interview with The Associated Press on Tuesday that the president’s relatives have not universally welcomed his airing of private matters in public. Ndesandjo spoke ahead of a news conference to launch the book in Guangzhou, on Thursday.

When asked how he would describe his relationship with his brother, he said, “Right now it’s cold and I think part of the reason is because of my writing. My writing has alienated some people in my family.”

Even though he felt their relationship was distant, “I hope that my brother and I can really hug each other after he’s president and we can be a family again,” said Ndesandjo, who resembles Obama. Like the president, Ndesandjo also has a white American mother, Ruth Ndesandjo, a Jewish woman who was Barack Obama Sr’s third wife.

Ndesandjo, 48, has lived for 12 years in the southern Chinese boomtown of Shenzhen, next door to Hong Kong. He moved there to teach English after losing his job when the US economy cratered following the September 11, 2001, attacks and now works as a consultant. Ndesandjo, who is married to a Chinese woman, learned to speak Chinese and immersed himself in the study of Chinese culture, including poetry and brush calligraphy. Trained as a classical pianist, he gives lessons as a volunteer at an orphanage.

Some of the book’s profits will go to charities for children, including Ndesandjo’s own foundation, which uses art to help disadvantaged kids.

In his new book, Ndesandjo recalls alcohol-fuelled beatings meted out by his father to his mother. He recounts one incident in which his father held a knife to his mother’s throat because she took out a restraining order against him.

His parents met when Obama Sr was a graduate student at Harvard University and moved in 1964 to Kenya, where Mark and his brother David were born. David later died in a motorcycle accident.

Mark Ndesandjo’s mother later divorced the senior Obama and married another man, whose surname both mother and son also took.

Ndesandjo and Obama did not grow up together. Ndesandjo was brought up in Kenya but moved to the US for college, earning a bachelor’s degree in physics at Brown University, a master’s in the same subject from Stanford University and an MBA at Emory University.

The book recounts Ndesandjo’s first encounter with Obama, who was visiting Kenya in 1988. They did not hit it off.

“Barack thought I was too white and I thought he was too black,” Ndesandjo said. “He was an American searching for his African roots, I was a Kenyan, I’m an American but I was living in Kenya, searching for my white roots.”

The 500-page book includes an appendix listing a number of alleged factual errors in Obama’s 1995 memoir, “Dreams from my Father”, such as quotes incorrectly attributed to Ndesandjo’s mother.

“It’s a correction. A lot of the stuff that Barack wrote is wrong in that book and I can understand that because to me for him the book was a tool for fashioning an identity and he was using composites,” Ndesandjo said.

“I wanted to bring it up because first of all I wanted the record to be straight. I wanted to tell my own story, not let people tell it for me,” he said.