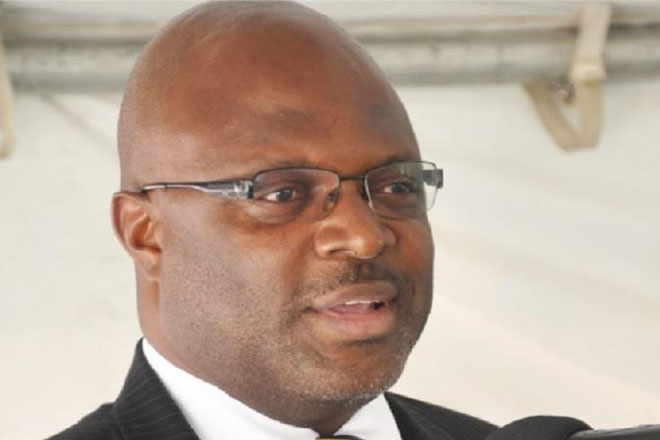 Bridgetown, Barbados — Attorney General Adriel Brathwaite says Barbados is not refusing to pay the legal fees for attorneys who represented Shanique Myrie in the case she won against this government.

But he says there are queries about the more than US$1 million in fees being claimed for which Barbados has been awaiting answers since August last year.

“I do not wish the Barbados public, or the public outside Barbados, to believe that we do not wish to satisfy the court’s decision. That is not the case at all,” he asserted.

Brathwaite sought to set the record straight in a statement yesterday, after it was reported that the attorneys are still waiting to get their money from the losing party in the landmark case, as ordered by the Caribbean Court of Justice.

Myrie successfully challenged the Barbados government after being denied entry into the island on March 14th, 2011. The CCJ ruled in October 2013 that Barbados had breached the rights of the Jamaican national, afforded under Article 5 of the Revised Treaty of Chaguaramas, by denying her entry, and ordered that she be paid approximately US$38,000 in damages which she received eight months later.

Myrie was represented by several lawyers from the firm HyltonBrown, including attorney-at-law Michelle Brown.

“My understanding is that the attorney-at-law for Ms. Myrie submitted a claim to us for over US$1 million. We have not even begun to ask her about the quantum, which we have a problem with, because the quantum is significantly more than what we paid our own attorneys, which included a Queen’s Counsel and his junior,” Brathwaite said.

“We have only queried the disbursements and we asked the attorney to provide us with supporting documentation for the disbursements. These were faxed through to us, [but] they were unclear, and we made it known to the attorney that we had not received all of the documents and could she kindly resend them to us. This was since August last year. There has been no correspondence between Ms. Myrie’s attorney and the Solicitor General’s Office, or myself as Attorney General since August last year.”

The Attorney General said he wanted to make it “abundantly clear” that it was not a case of the government of Barbados not honouring its commitments pursuant to the judgment, or government being unwilling to settle the legal fees.

“We are a telephone call away, we are a DHL package away, and we are a flight away. If the attorney wants to come down to Barbados and discuss her fees with us she could have done it since a year ago. We have never said ‘don’t come and let us talk’,” he maintained.

The report about the delay government’s delay in paying the money to the Jamaican lawyers had indicated that the attorneys were unaware of when they would be paid although invoices and receipts for the legal costs were submitted to the CCJ and the government.