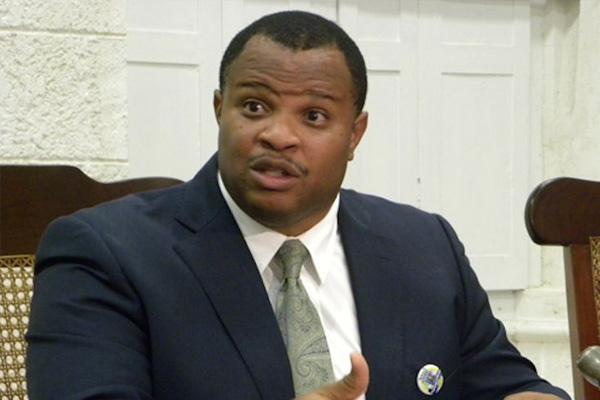 Bridgetown, Barbados CMC — The Barbados government says the economy is showing signs of growth and that the sacrifices made by nationals over the past months have not been in vain.

Finance Minister Chris Sinckler delivering the 2015-16 estimates of expenditure and revenue in Parliament Monday, said that the home grown fiscal adjustment and stabilisation programme has started to bear fruit with the economy growth recorded in 2014 being 0.3 per cent and that the economy should grow between one and two per cent this year.

“At the end of this current financial year the primary balance will improve from negative 385 million dollars (One BDSs dollar =US$0.50 cents) to a surplus of 56 million dollars,” Sinckler said as he led off the week long debate on the fiscal package.

He told legislators it would mean that for the first time since 2011, Barbados is running a primary surplus “and we are on our way to restoring the fiscal well being of the country.

“This will provide further evidence that the home grown growth and adjustment programme is working. Our confidence in ourselves and our faith in our ability as a nation on the verge of our 50th anniversary of (political) independence is evidence that we can craft policies in Barbados by ourselves all be it with technical assistance from others as all do,” he told Parliament.

Sinckler said the island’s fiscal challenges are not over despite the encouraging situation, warning Barbadians that they would have to stay the course as outlined by the Freundel Stuart government for reviving the ailing economy.

“The job is far from over , we must stay the course, maintain our discipline and keep and extend the fiscal gains we are making in 2014 into the next financial year and beyond.

“As our economy returns to growth, the combination of robust growth and fiscal discipline argues well for our economic future,” Sinckler said, adding that the stabilisation measures embarked upon by the government including the decision to send home thousands of public servants have helped to reduce the high wages bill.

He said the measures also protected the Barbados dollar from devaluation.

“The fiscal adjustment programme has already shown success in attaining the preeminent objective of protecting the Barbados dollar and stabilising the foreign exchange market,” he said, adding “that is an empirical fact.

Government’s total expenditure for the financial year 2015-2016 is expected to be within the vicinity of BDS$4.3 billion with BDS$3.02 billion going towards current expenditure while BDS$1.2 billion represents capital expenditure and amortisation.