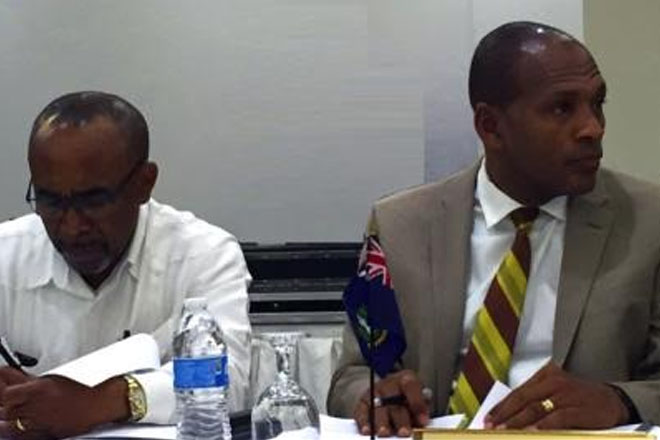 Boyce, who serves as minister in the government of Barbados with responsibility for energy, telecommunications, immigration and investment, was elected by unanimous vote at the 18th general conference of ministers meeting held in Tortola, British Virgin Islands on September 29, 2015. The BVI, represented by minister for communications and works, Mark Vanterpool, was appointed vice president, also by unanimous vote.

On the previous day, September 28, new appointments were also announced for the positions of chairman and vice-chairman of the CTU’s Executive Council following elections conducted as part of the 31st Executive Council Meeting also held in the BVI.

The outgoing CTU president Philip Paulwell, minister of science and energy of Jamaica wished his successor well. The CTU ministers also thanked Reginald Bourne of Barbados, outgoing chair of the Executive Council for his contribution to the organization.

The appointments came as part of a series of high-level meetings, dubbed “ICT Week”, hosted by the BVI government and the CTU from September 28 to October 1.

Activities included the meetings of the CTU’s Executive Council and General Conference of Ministers, a strategic ICT seminar, and the second annual Caribbean Regulators’ Forum.