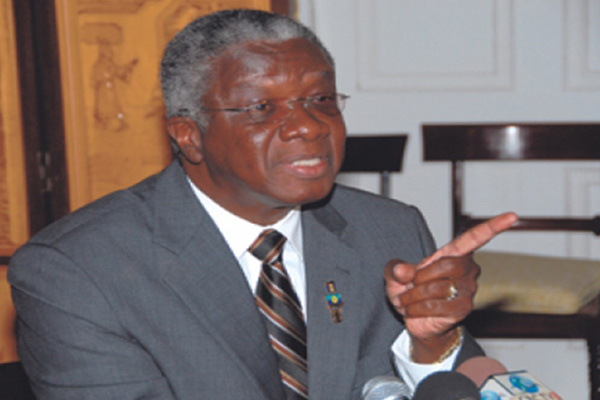 BRIDGETOWN, Barbados, CMC – The Barbados government has extended by 18 days, the deadline for laying off public servants following talks with labour unions on Monday.

Prime Minister Freundel Stuart said the delay would allow the Ministry of the Civil Service to generate a list of names for those who would be retrenched as his administration seeks to turn around an ailing economy.

He said the unions- the Barbados Workers Union (BWU) and the National Union of Public Workers (NUPW) – would be involved in the process.<

“We had set the 15th of January for the taking of the first bit of action. That date must now be vacated because of the challenges posed to the Ministry of the Civil Service in even generating the list to be affected,” Stuart said.

“But we are certain now that by the end of this month, we should be able to deal with those issues definitively and finally and of course between now and the end of the month the union will have an opportunity to further report on those issues,” he added.

Last month, the government announced the plan to cut public service jobs in a bid to save BDS$143 million (One BDS dollar = US$0.50 cents).

It said it would also institute a “strict programme of attrition” across the central public service, filling posts only where it is absolutely unavoidable, over the next five years, ending 2018-2019.

“This attrition is expected to reduce central government employment levels from approximately 16 970 to 14, 612 jobs – a projected loss of 2 358 posts; and savings of BDS$121 million. Over the current 19-month adjustment period public sector employment will be reduced by an additional 501 jobs with a projected savings of BDS$26 million,” said Finance and Economic Affairs Minister Chris Sinckler, who was also present at Monday’s meeting.

The government said it intends to trim the service by 3,000 jobs and had hoped to begin laying off workers by January 15.