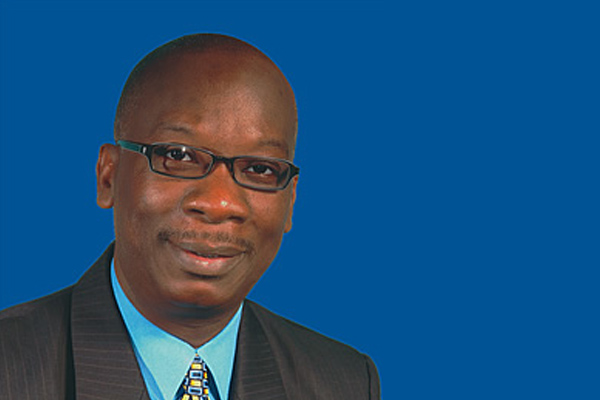 BRIDGETOWN, Barbados (BGIS) — With some $28 million owed to the Student Revolving Loan Fund (SRLF), Barbados minister of education, science, technology and innovation, Ronald Jones, told defaulters at a press conference on Friday: pay back the money you owe or else!

He said: “The Student Revolving Loan Fund is owed a substantial amount of money. There are several delinquent persons who have not thought it fit to honour their commitment to the student revolving fund”.

Acknowledging that the fund lent out at small interest rates, Jones said it was expected that persons would repay their loans so that it could serve others in the society. He listed among the defaulters doctors, lawyers and nurses, and appealed to them to start the process of repaying.

“All of you who owe, have the conversation with the Student Revolving Loan Fund so that you would be paying back so that others can benefit from the concessionary loan provided. Have a conscience. You got it when you needed it! There are others now who need it. Give back the Student Revolving Loan Fund its money. There are a lot of mechanisms [to pay back]. This has always been a facilitatory institution. Pay back the money!”

The minister said he would have no recourse but to direct the chairman of the SRLF to place the names in the papers.

He said: “…when people are nice and genuine and helping you, then you can’t be stabbing them in their backs by withholding the monies. This is a warning. Meet with the people [SRLF) if you know you owe.

“And, you know you owe. They have written you! They have put some of you in the hands of other lawyers like yourselves and other people. But pay it back. There are facilitatory mechanisms to do that. Otherwise, the public of Barbados will know who you are!”

The education minister stressed too that it was unfair to guarantors, who now might have reached retirement or maturity and living off a pension, to have to pay for delinquent individuals.

“When you guarantee a loan the responsibility lies on you to then honour the commitment if the person absconds, runs away or hides. It is unfair to those guarantors. They did it in good faith.”

Meanwhile, administrative manager of the SRLF, Rosalyn Shepherd, in echoing the minister’s sentiments, said persons could not hide from the Fund. “The days of technology are here. We have tracing bodies that will find you wherever you are internationally.”

Shepherd stressed that the SRLF only went after the borrowers of loans as a first responsibility.

“We do not go after the surety and ignore the borrower to collect the money,” she explained, divulging that the SRLF found sureties tended to apply positive pressure on borrowers to ensure loans were paid back, and it helped the situation.

To this end, she said since 2004 to present the Fund had collected $95 million and sureties were shown to have only paid 0.6%, less than one percent.

According to the Student Revolving Loan Fund, the chronic delinquency goes back to the 1980s and 90s, with pressure being applied around 2000, which yielded results.