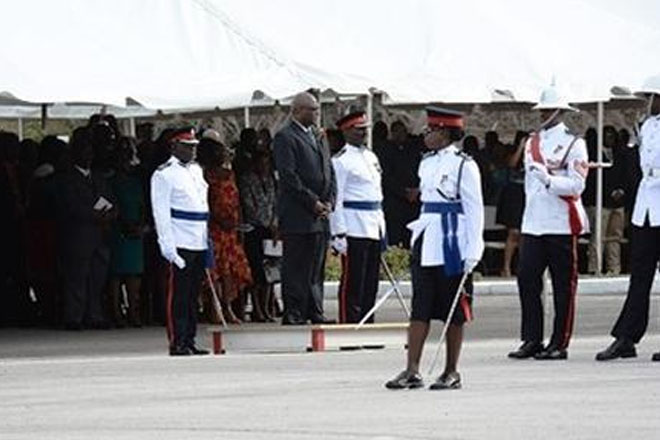 Bridgetown, Barbados — Police in Barbados are investigating incidents of individuals’ reputations, as well as their professional and private lives, coming under attack via social media.

Acting Commissioner of Police, Oral Williams, has assured those affected that investigations into reports were ongoing, and they would soon be made aware of any action to be taken.

He gave this assurance as he addressed a number of concerns presently facing the Royal Barbados Police Force (RBPF), during the RBPF’s 138th Passing Out Parade at the Regional Police Training Centre (RPTC) last Thursday.

“Within recent times, we have witnessed an onslaught on individuals and institutions, where in the case of individuals, in their professions and private life, their reputation and character came under serious attack,” he said, adding that the publication of messages to cause fear and panic among communities was also a cause for concern.

However, Williams, who is also the RPTC’s acting director of training, warned that while individuals had a constitutional right to disseminate and receive information, that right was not absolute.

“There are limits to your use of the media. We will not attempt to stifle constructive criticism. However, this along with the receipt and dissemination of information must be done within the four corners of the law,” he asserted.

The acting commissioner of police also told the police officers that their enlistment came at a time when there was great public concern about the level of criminal activity on the island, especially with the prevalence of guns and gun crimes, drugs, burglaries, street crimes and offences involving the use of vehicles.

However, Williams stressed that the force remained committed to fighting all forms of crime through various strategies being employed.