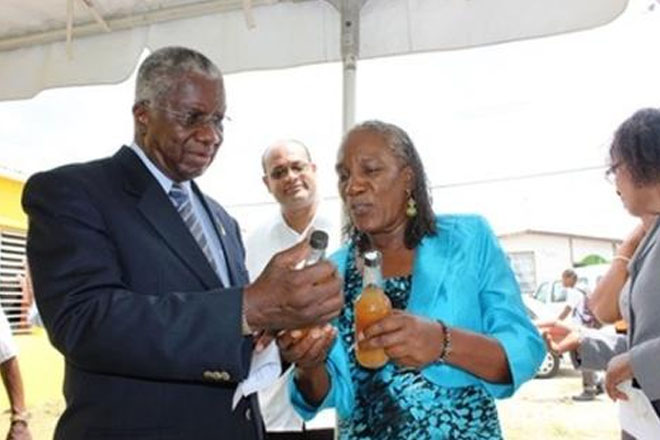 Bridgetown, Barbados (BGIS) — Barbados is working its way back to robust growth in its economy, says Prime Minister Freundel Stuart.

Giving the assurance that Barbados would continue to work through the difficult situation, Stuart made the comments to the media on Monday morning at the opening ceremony of the Youth in Agriculture Programme – Phase Eight.

He said: “So, we just have to continue to do the work that we are doing and get ourselves back to where we want to be. What we are experiencing here is really no different from what other countries across the western world have been experiencing for some time, including the most powerful country on earth…

“We have to continue practising the kind of discipline that we have been practicing recently and continue to ensure that the standard of living and quality of life of our people suffer no diminution as a result of present challenges….

“In the context of the entire Caribbean, I don’t think that Barbadians have anything to be ashamed about. We know that we have been going through some challenges and that we have to try and work our way back to where we want to be and that we are doing.

The local media reported over the weekend that the International Monetary Fund (IMF), in its new Regional Economic Outlook for the Western Hemisphere, predicted that Barbados would lag at the bottom and grow by only 0.8 percent this year and 1.4 percent in 2016, while the other Caribbean countries’ growth rate would be higher.

However, the prime minister insisted that, if Barbados was not projected to register economic growth at the rate at which other countries in the Caribbean were likely to experience it, that had to be put in the context of where this island and the other countries were coming from.

He stressed that in terms of Barbados’ human development, infrastructure and other indices, Barbados was continuing to do well. The IMF expects the Dominican Republic to grow by 5.1 percent and Stuart acknowledged that its economy was very strong.

Haiti is expected to grow by 3.3 percent, but the prime minister stressed that one must look at where Haiti was coming from.

“I am very glad that Haiti is beginning to experience a serious turn around. We all have a vested interest in the success and development of Haiti; so too are our brothers and sisters in other parts of the Caribbean, some of whom are in IMF programmes and have had to walk a very tight line; a country like Jamaica is now in its seventh or eighth IMF programme,” he stated.

Stuart reiterated that economic growth had been “a very scarce commodity” across the western world over the past six years. He noted that recently the Federal Reserve of the United States of America downgraded its forecast for the American economy for the remainder of the year because it grew by about 0.2 percent in the last quarter.