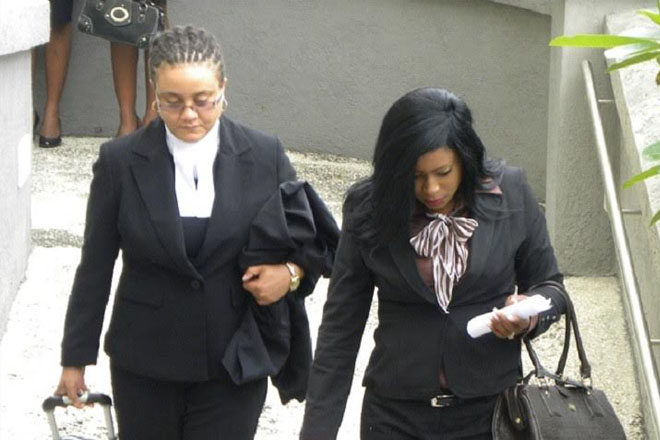 Kingston, Jamaica — The lawyers who represented Jamaican Shanique Myrie in her case against the Barbados government are yet to be paid, almost two years after the Caribbean Court of Justice (CCJ) ruled in her favour, according to the Jamaica Observer.

While Myrie received about US$38,000 as ordered – though not until eight months after the Trinidad-based court made the historic judgment – the newspaper reported that the lawyers have not received a cent, neither do they know when they will be paid.

According to the report, this is although invoices and receipts for the legal costs were submitted to the CCJ and the government of Barbados.

Myrie successfully challenged the Barbados government after being denied entry into the island on March 14th, 2011.

The CCJ ruled in October 2013 that Barbados had breached the rights of the Jamaican national, afforded under Article 5 of the Revised Treaty of Chaguaramas, by denying her entry, and therefore ordered that she be paid damages.

Meantime, Myrie is pushing forward with a political career.

She has been given the nod by the ruling People’s National Party (PNP) to represent the Olympic Gardens Division in St Andrew – currently represented by the Jamaica Labour Party’s Christopher Townsend – in the next local government elections.

PNP general secretary Paul Burke said her candidacy was approved by the party’s National Executive Committee on a recommendation from the leadership of the political division.