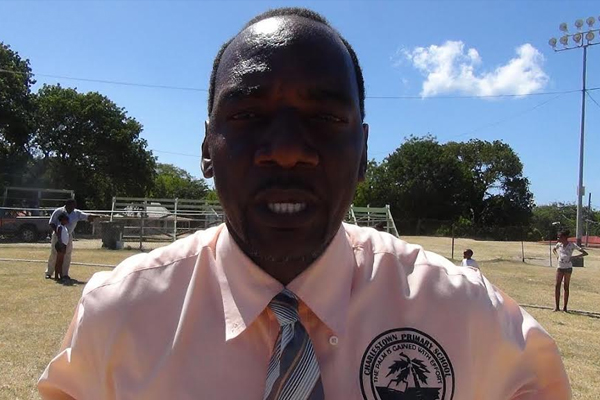 Barrett: ‘We don’t worry about the competition.’

(Sports Page)— When asked whether or not he had watched the recent inter primary promo by the EPPS school, Headmaster at the Charlestown Primary School, Kevin Barrett, responded rather off handedly: “We don’t watch the completion, we don’t worry about them; we just do what we have to do.’

He indicated that his unit at the Charlestown Primary School is working hard and that the parents are on board as usual and that the athletes have all been included in the school’s lunch program to ensure that they are properly nourished. He is confident that his team will, do well again this year.

Coach Elquemedo Willet was more forthright: ‘We intend to ensure that there is no joint champions this year. Last year they made changes in order to please people but this year it will be different,’ he said.

He listed several of the athletes who he feels will excel on the day and asked the general public to especially look out for those races in the class A girls and boys and also the class 4 boys.

He believes that the Inter primary meet set for April 2nd will be competitive but that his school will win.

Top athlete at the school, Kurvella Wallace is totally confident of victory. When asked which race she believes will be her most competitive, she stated: ‘The 100.’

When pushed further as to whether or nor not it will be a bit of a photo finish, she confidently stated: ‘I will be in front.’

She also stated: ‘We don’t deal with threats –we deal with promises..’