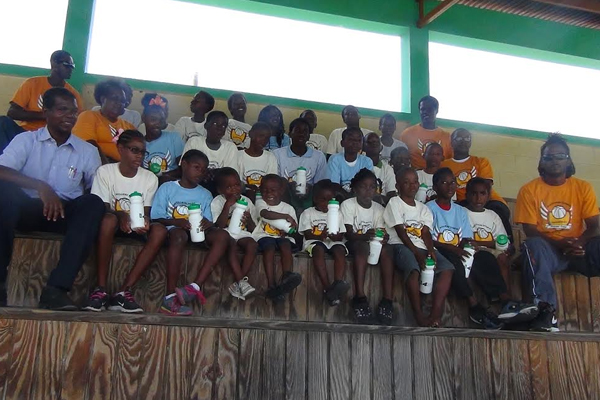 The ceremony effectively brought to an end a one week Basketball camp which was hosted by the Nevis Amateur Basketball Association (NABA) in collaboration with the ruling body of the sports in the Federation –SKNBA.

The camp catered to the development of potential Basketballers from the Primary and Secondary schools on the island.

President of the local Basketball body, Ms Wanda Parry, thanked all of the individuals and businesses who made the camp possible and a success and proceeded to hand out certificates to the participants with the assistance of President of SKNBA, Mr. Kenroy ‘Romel’ Tobias.

President Tobias in his remarks noted that his Association has a vision of helping young people to develop and grow in the sport, as they are the future of Basketball.

He pledged his Association’s continued support to such programs.

The participants also received T-shirts and water bottles as part of their gift package during the closing ceremony.