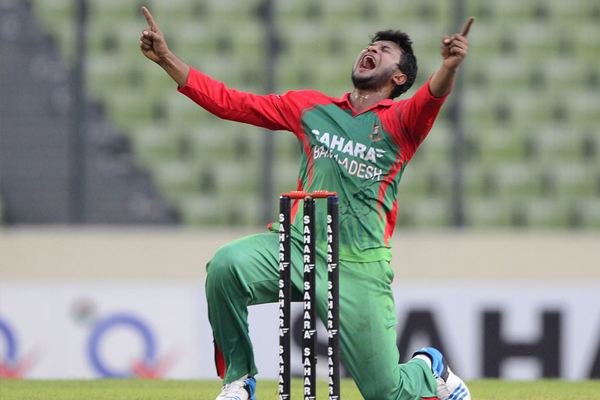 Sports Page— The Bangladesh Cricket Board has reduced Shakib Al Hasan’s six-month suspension by three-and-a-half months, allowing him to be available for selection from September 15. However, the BCB’s ban on No Objection Certificates, required for Shakib to participate in overseas leagues, will remain in place until the end of 2015.

The reduction in his suspension means that Shakib will be available for selection for the home series against Zimbabwe. He will not join the team in the West Indies, however, as the final Test of the tour begins on September 13 in St Lucia.

Shakib was suspended on July 7 for what the board considered “serious misbehaviour” with Bangladesh’s new coach, Chandika Hathurusingha, and for his altercation with a spectator during a recent ODI against India.

He appealed two weeks later and apologized publicly after submitting a letter to the board. At the start of August, Shakib was allowed to train at the Shere Bangla National Stadium. Nazmul Hassan, the BCB president, said the board had taken the decision to reduce the suspension after it was satisfied by the allrounder’s recent behaviour.