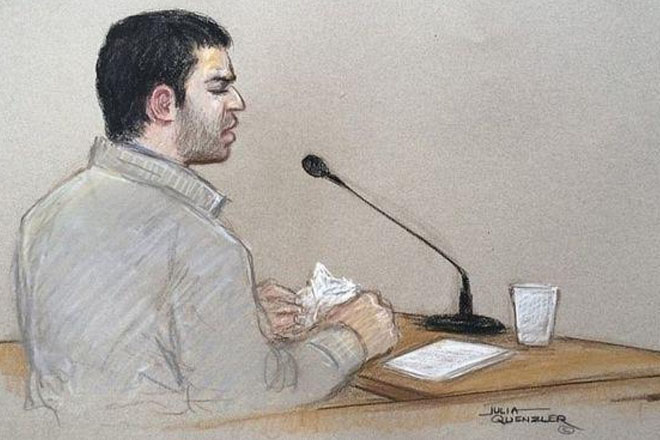 A man accused of murdering teenager Becky Watts has told a jury about the moment he killed her.

Nathan Matthews admits killing his 16-year-old stepsister but denies murder and conspiring to kidnap her.

The 28-year-old told Bristol Crown Court his intention was to “shock and scare” her because of the way she treated his mother.

Mr Matthews said he had “thoughts about doing it for a couple of months, on and off”.

He described going to her house, where he tried to knock the teenager out in a struggle to get her into a suitcase.

Mr Matthews said he was wearing a mask when he handcuffed her and put Sellotape over her mouth and eyes.

He told the court the teenager struggled as he tried to put her into the suitcase and described how her breathing slowed.

“I remember I couldn’t hear any breathing, so that’s when I thought something’s not right,” he said.

“So I checked her for a pulse and there wasn’t a pulse. She didn’t have a pulse. Then I shut the suitcase.”

After putting Becky’s body in the boot of his car, he said he returned to the house and slammed the door so his girlfriend and co-accused Shauna Hoare would think Becky had gone out.

He told the court he sat on the sofa thinking “act normal”.