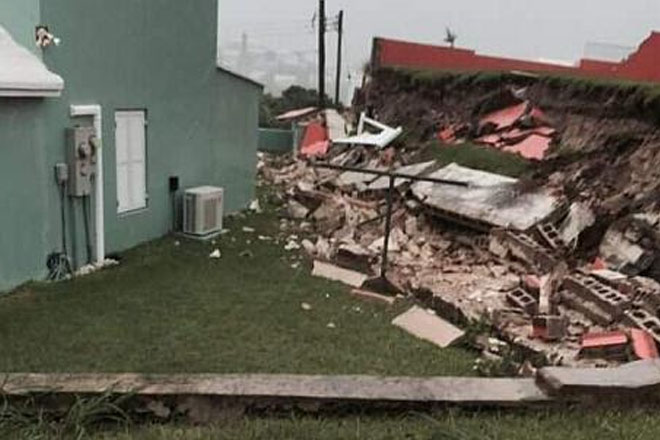 Bermuda cleans up after Joaquin

Hamilton, Bermuda — Residents of Bermuda cleaned up on Monday after Hurricane Joaquin brought heavy rain and high winds to the British territory in a near miss on Sunday.

All flights to the island’s L.F. Wade International Airport were cancelled on Sunday and ferry service was closed due to rough seas. Emergency service agencies were placed on alert and power outages increased by early evening.

Utility crews began work first thing on Monday morning to restore service to some 7,500 customers that had lost power.

All major roads around the island have been cleared of large debris.

The Causeway linking Hamilton on the mainland and the international airport on St David’s Island has been re-opened with a one way system in operation, pending a further assessment by structural engineers.