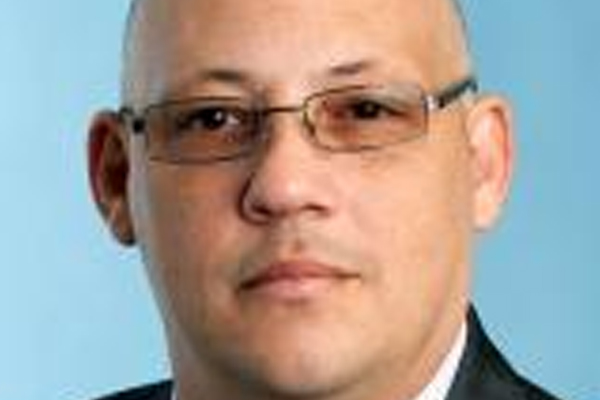 The BDA echoed the Bermuda government’s weekend response to UK opposition leader Ed Miliband following a warning letter issued to British Overseas Territories, including Bermuda, along with Anguilla, the British Virgin Islands, Cayman Islands, Turks and Caicos Islands, Gibraltar, Montserrat and the crown dependencies of Jersey, Guernsey and the Isle of Man.

Miliband said that under a Labour government, if those jurisdictions refused to cooperate with anti-tax avoidance measures, they would be placed on an international blacklist of “tax havens.” Specifically, Miliband said he would impose a six-month deadline for the establishment of public registers of offshore companies listing beneficial ownership.

In a statement on Tuesday, the BDA’s CEO, Ross Webber, said Miliband’s comments ignore the well-known facts about Bermuda’s financial history and fail to differentiate the Island from jurisdictions that might be less rigorous and transparent on tax-avoidance matters than Bermuda has long proven to be.

“The approach is both broad-brush and yet discriminatory in that it groups together the UK OTs and CDs and excludes the larger G8 countries that also do no not have public registries of beneficial ownership,” said Webber. “In fact, some of the latter don’t have any type of meaningful register, let alone a public one.”

Bermuda, by contrast, has had its own register of beneficial owners for 70-plus years, since the 1940s.

“We did this without being coerced or asked by any other countries, organisations or governments in the world,” said Webber. “This was something Bermuda chose to do pro-actively because we have always been very conscious to safeguard the reputation of our jurisdiction. We have never been in the business of banking secrecy — we don’t have bank secrecy laws. We also do not differentiate between local companies and exempted companies.”

Bermuda has been recognised as a leader on global transparency issues, Webber noted. The island has more than 80 treaty partners around the world, including 41 bilateral tax information exchange agreements (TIEAs) and 76 co-signatories of the Council of Europe’s Multilateral Convention on Mutual Administrative Assistance in Tax Matters. The island was the first offshore jurisdiction elevated to the OECD’s “white list” for jurisdictions that have substantially implemented internationally agreed tax standards.

Bermuda has also signed Model 2 intergovernmental agreements (IGAs) with the US and UK under the Foreign Account Tax Compliance Act (FATCA), along with Chile, Hong Kong, Japan and Switzerland and is considered a leader on tax-transparency issues by the US Departments of Justice, State, the US Treasury, the Financial Action Task Force (FATF), and G20 nations.

Bermuda’s beneficial ownership registry, held by its regulator, the Bermuda Monetary Authority (BMA), shares beneficial ownership information under certain criteria with onshore law enforcement, tax administrations and other relevant authorities. In 2013, G7 nations agreed to the beneficial ownership action plan, a set of common principles to avoid misuse of companies and legal arrangements. To avoid putting themselves at a competitive disadvantage, British territories have withheld implementation until the new model is adopted by the US, Canada and the UK.

The BDA is supportive of the approach taken by Bermuda Finance Minister Bob Richards in his recent dialogue with the UK Government on this matter, in which he said Bermuda would like to see how the UK creates its own public disclosure regime. The new UK law puts the onus on British-based companies to file information on their ownership to a publicly-accessible register by April 2016.

“We’d be very interested to see the mechanism by which this works,” said Webber. “Bermuda would need to study it and see if it’s a feasible system. Until we actually see it in operation, it’s going to be difficult for us to assess whether it’s a system worth adopting and whether it would be appropriate for our jurisdiction.

“We have always been cooperative, transparent and collegial on these issues,” he added. “We are undoubtedly a very well regulated international financial centre. For anyone to suggest otherwise is simply not true.”

On Friday, the Bermuda government said it was “surprised and disappointed” by the Island’s inclusion in Miliband’s list of referenced territories that lack openness in such areas as beneficial ownership of companies.

“The government of Bermuda remains open to continuing dialogue with the UK government, the UK opposition, and all other interested parties, in sharing best practice across borders in areas of corporate transparency, and the fight against fraud and crime,” said Bermuda Premier Michael Dunkley.

“We would also remind Mr Miliband of Bermuda’s strategic economic contribution to the UK, which includes direct and indirect employment in the UK of 100,000 people, as well as our role as a global hub for the reinsurance and insurance industries, providing the critical underwriting required for damage arising from natural disasters and terrorist events,” Dunkley added.