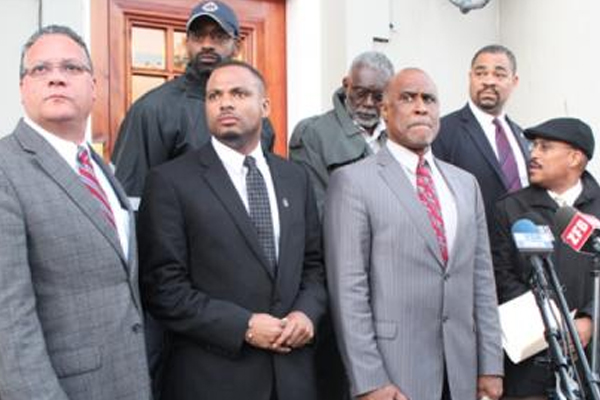 Hamilton, Bermuda — Members of the Bermuda Trade Union Congress (BTUC) and the island’s government came to an agreement on Wednesday evening and, while they have not settled on terms regarding ‘furlough days’, the two sides have agreed that they will be only be implemented as a last resort.

Meanwhile, head of the civil service, Dr Derrick Binns, on Tuesday night issued an advisory to all public sector workers, saying that their pay will be deducted if they participate in industrial action.

Binns added, “I should also advise that public officers will be deducted pay for any time that they are not in attendance at work because they participate in any illegal strike or industrial action short of a strike.”

But earlier in the evening, Bermuda Industrial Union (BIU) president Chris Furbert and members of the BTUC held a press conference to say that they would not be backing down.

Opposition leader Marc Bean said that the ongoing standoff between the government and the BTUC is an industrial matter, not a political matter, and the Bermuda Progressive Labour Party (PLP) has stayed out of the fray.

“However, the unwillingness of the government to respond positively to a constructive outreach on the part of the BTUC to resolve this crisis and return to the negotiating table by gazetting a Labour Dispute notice and threatening imprisonment is wholly unproductive,” he said.