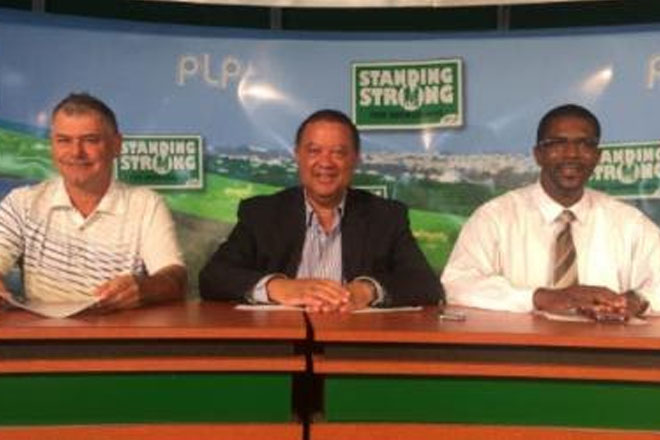 Hamilton, Bermuda — Why has Bermuda Governor George Fergusson remained virtually silent regarding the allegations of extortion and bribery made against ministers Craig Cannonier and Michael Fahy and MP Mark Pettingill, shadow tourism minister Zane DeSilva asked on Friday during a press conference.

This came after his colleague, shadow minister for economic development, Wayne Furbert announced that he plans on tabling legislation on Monday that will seek to establish a commission of inquiry to conduct a special investigation into the claims made against the three men by contractor Michael McLean.

“You might recall a former governor asked for an investigation of former Premier Ewart Brown based on allegations by a convicted liar. Why has this governor been so quiet when you have this type of very, very damaging information coming before you before the public? Why is he so quiet? I’d like to ask the governor that question. Why have you been so quiet when the record as been set? The tone has been set by the tone of governance by the previous governor? Why hasn’t he said, ‘Let’s have an investigation’ or at least come out publicly and say what his thoughts are,” DeSilva said.

He added he was waiting with anticipation to see the outcome of Monday’s vote in the Lower House: “What I think is important is that several members of the OBA [One Bermuda Alliance] are on record as saying that they fully support our clean, transparent, honesty within government and if anybody is doing an wrong doing, they will not support it from members on their side. Patricia Gordon-Pamplin has said it, and as you all would know, she has said it several times so why would they not go along with this motion?

“And in particular the premier. In 2006 when he was the opposition leader he called for a commission of inquiry. Now he has the highest power in the country as the premier to make the decision based on his statement that he called for the government of day to bring on a royal commission for inquiry so why would he not support it today? It’ll be very interesting come Monday.”

When asked if he was concerned whether the opposition Progressive Labour Party (PLP) will be outvoted on Monday, Furbert replied: “If they are trying to hide, cover up and stop the allegations, or stop the people from hearing what’s going on, that’s their fault. We can’t do anything about that.

And, Furbert said, Speaker of the House, Randolph Horton was in support of the intended legislation.

“We have had discussions with the Speaker and now he is supporting it. Last time, he felt it was sub judice and now that the courts have literally put the evidence out there, as far as what is on the tape, then it no longer is sub judice because it’s out there. But we are arguing based on public interest, public welfare, that’s where we are right now and so everything, all the rules that we have our standing orders that’s before Parliament should be literally removed to ensure that the public is protected; that’s the argument that we are making for Parliament and I think that that the Speaker recognises the importance of it.”

Shadow minister for community affairs, Michael Weeks said heads can no longer be buried in the sand: “We have to recognise that the affidavits that have been filed are very serious, very grievous, so somehow we cannot just let this die and hope that it will go away. For the last two years now we have discussed in the House, on the street and in the media scandal after scandal… now we are talking about somebody with serious allegations who has gone all the way to Supreme Court that there’s been some untoward behaviour.