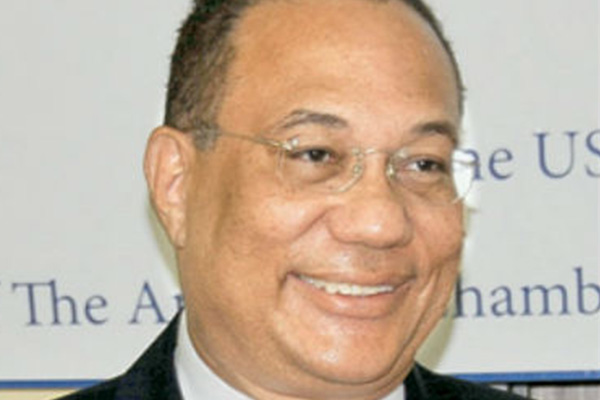 Bernal’s book on EPAs hailed as valuable tool for region

KINGSTON, Jamaica — A new book on Globalisation, Trade and Economic Development: A Study of the CARIFORUM-EU Economic Partnership Agreement, has been hailed as a valuable tool for governments and regional organisations seeking to advance joint positions in international negotiations.

The 269-page book by former Jamaican ambassador to the United States, Dr Richard L Bernal was published by Palgrave Macmillan of New York in December 2013 and was launched in Washington DC last week at a ceremony jointly hosted by the Council of the Americas and Caribbean Central American Action (CLAA).

The preface is written by former Prime Minister of Jamaica P J Patterson who was in charge of Caricom’s external trade negotiations when Bernal ran the Caribbean Regional Negotiation Machinery (RNM).

Bernal’s latest work is an in-depth study of the Economic partnership agreement between the European Union and CARIFORUM, the grouping of Caribbean Community (Caricom) states and the Dominican Republic.

As a principal negotiator for CARIFORUM, Bernal’s qualifications allow him to provide a unique perspective on the increasingly important topic of trade and economic development in the midst of globalisation.

Council of the Americas Vice President Eric Farnsworth and Executive Director of CLAA Sally Yearwood both lauded his work over many years on behalf of the Caribbean and his in-depth knowledge of policy making in Washington DC where he spent 10 years as Kingston ambassador.

Globalization, Trade and Economic Development comprehensively explores the components of the EPA from all angles, explains how the agreement provides opportunities to strengthen and accelerate economic development and outlines the policies which can allow the CARIFORUM countries to seize these opportunities.

Bernal’s explanation of the institutional arrangements for the conduct of the negotiations by CARIFORUM will be valuable to governments and regional organisations seeking to advance joint positions in international negotiations.

Among those endorsing the book is Pascal Lamy, former director general, World Trade Organisation (WTO) who said the book was “essential for understanding how trade agreements between developed and developing countries can promote economic development in a rapidly globalizing world”.

Sir Alister McIntyre, former vice chancellor of the University of the West Indies said: “This is a book deserving of careful attention, both by professionals and the general public.”

Ambassador Bernal was director general of the RNM for eight years with responsibility for trade negotiations for Caricom, Cuba and the Dominican Republic. He was also principal negotiator for the Forum of Caribbean States (CARIFORUM) in the negotiation of the CARIFORUM-European Union EPA and Caricom’s lead negotiator in the WTO and the Free Trade Area of the Americas (FTAA) negotiations. Currently he is Senior Counsel at the Washington-based Inter-American Development Bank.