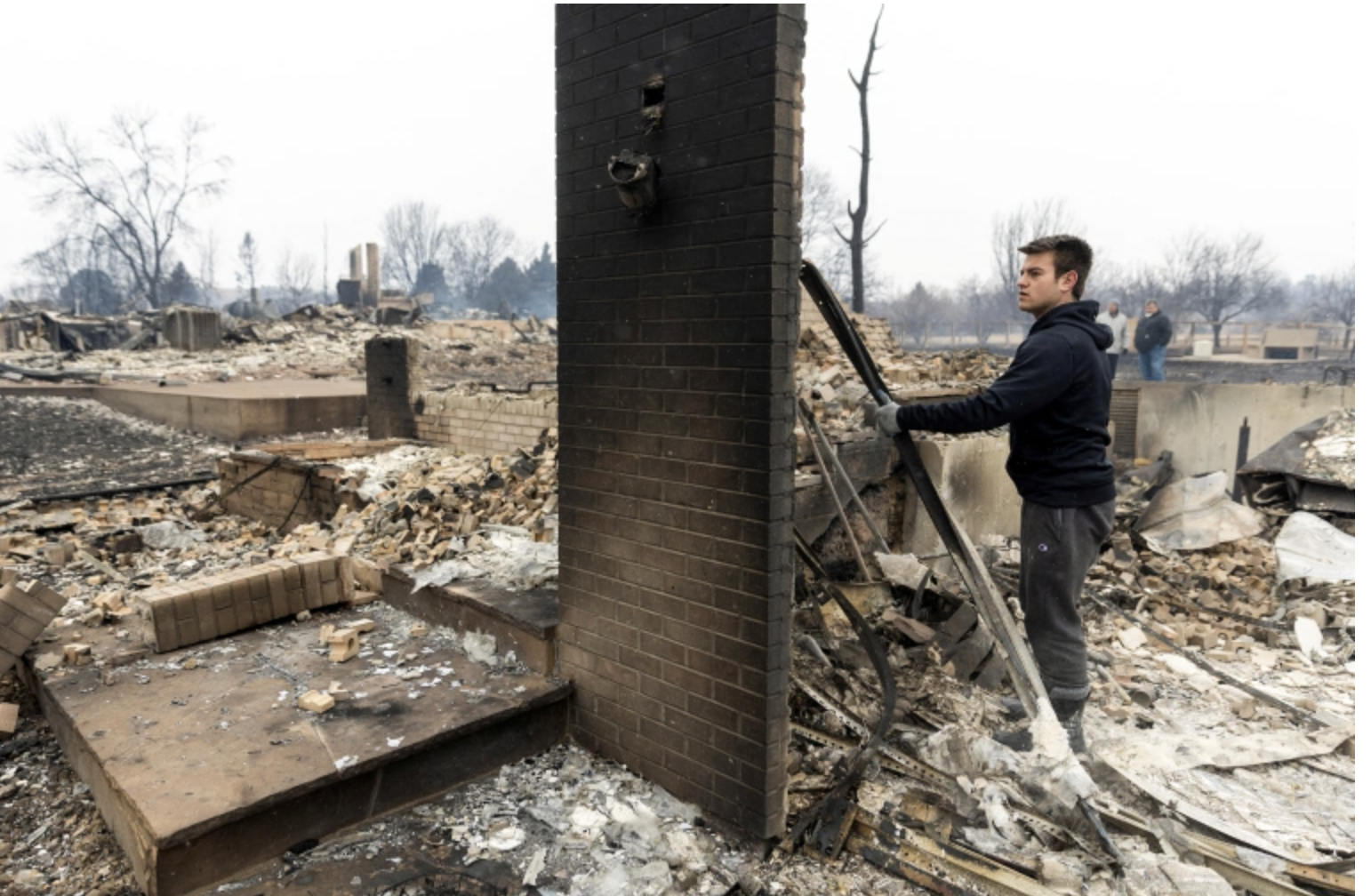 US President Joe Biden is expected to arrive in Colorado on Friday to assess the damage from recent winter wildfires that destroyed more than 1,000 homes and forced tens of thousands of people to flee.

Two people were missing and feared dead after the wind-driven Marshall Fire, the most destructive in the state’s history, incinerated more than 1,000 homes on December 30 and 31. Human remains believed to belong to one of the missing were recovered on Wednesday.

The prairie grass fire in Boulder County, on the northern outskirts of the Denver metropolitan area, scorched more than 6,000 acres (24sq kilometres) in about two hours, officials said.

The flames at times devoured football field-size stretches of drought-parched landscape in seconds.

Entire neighbourhoods in the towns of Superior and Louisville were destroyed.

In a statement on Thursday, Boulder County officials said the fires had incurred more than $513m worth of damage, as 1,084 residential structures were destroyed and another 149 were damaged across the area.

Biden’s trip to Boulder County, where he will tour a Louisville neighbourhood and meet families displaced by the blaze, marks his second as president to Colorado and his second focused on wildfires.

He is expected to deliver remarks on his response to the fires, US media reported, and he will be accompanied on the visit by First Lady Jill Biden.

Biden approved an emergency declaration for Colorado on January 1, allowing federal assistance to flow to state and local authorities in the aftermath of the blazes.

A day earlier, the president also spoke to Colorado Governor Jared Polis, promising “that every effort will be made to provide immediate help to people in the impacted communities”, the White House said.

Displaced residents have been returning to their homes to assess the damage.

Rex Hickman, who had evacuated the area with his wife and son, said he was heartbroken to discover that there was nothing left of their home of 23 years.

“There’s a numbness that hits you first. You know, kind of like you go into crisis mode. You think about what you can do, what you can’t do,” he told The Associated Press news agency earlier this week. “The real pain is going to sink in overtime.”