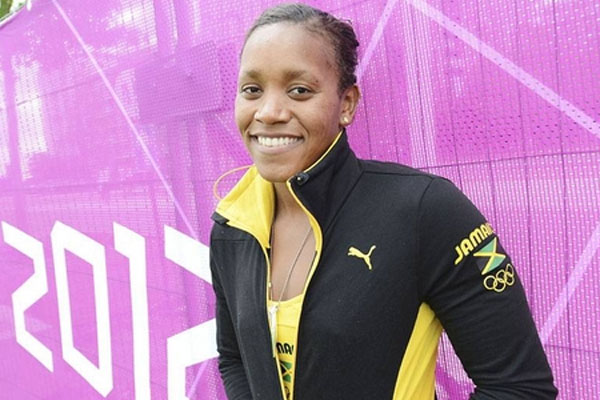 (CNN) — The look of total surprise on her face said it all.

Alia Atkinson went into the final of the 100m breaststroke at the world short course swimming championships very much as the second favorite to Olympic champion Ruta Meilutyte of Lithuania.

But in a big upset the 25-year-old from Jamaica snatched victory on the final stroke from Meilutyte and with it made swimming history.

Not only had she equaled Meiluyte’s world best but also became the first swimmer black woman to claim a world title in the pool.

“I realized I was catching up so I was just trying to get a good finish,” she told the official FINA website.

“I’m not used to seeing my name up in number one so it was kind of a shock, but a good one!”

17-year-old Meilutyte, who trains in England, had led going down the final length of the 25-meter pool, looking set to complete the 50-100m double, until Atkinson’s late charge.

The winning time of one minute 2.36 seconds left Atkinson 0.1 seconds ahead of her great rival, who claimed gold over 100m at the London Olympics.

Atkinson, who was fourth in that final, has been steadily improving since claiming gold for Texas A&M at the 2010 NCAA championships.

It was also Jamaica’s first ever gold in world swimming championships and Atkinson had come close in the 50m final, losing out to Meilutyte on the touch.

The first black woman to hold a world record in the pool was Enith Brigitha of the Netherlands, some 40 years ago.

Brigitha also took bronze medals behind two East German winners in both the 100 and 200m freestyle events at the 1976 Montreal Olympics and won four bronze medals in the 1973 and 1975 world championships.