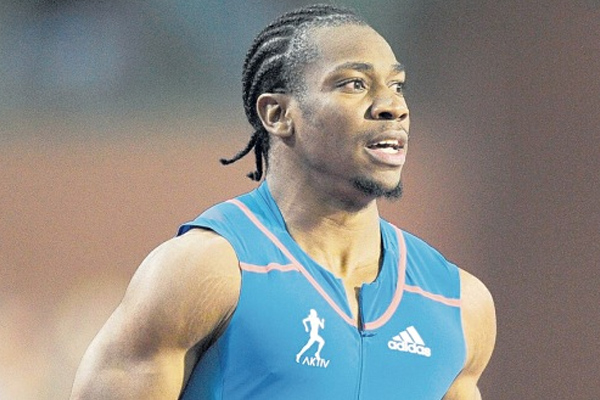 (Sports Page)– IT promises to be a festival of speed at today’s New York Grand Prix IAAF Diamond League meeting at Icahn Stadium in Randalls Island.

A number of top Jamaican sprinters, led by former IAAF World Champions Yohan Blake, in his first major 100m race of the season, are set to take part in what is expected to be an exciting meet.

Nearly 20 Jamaicans, half of them sprinters, are down to compete at the meet that will also see a number of top Jamaican high school athletes and relay teams taking part against their American counterparts.

The men’s 100m will not be part of the Diamond League schedule but could be one of the best races on the day with seven of the nine men to face the starter already going under 10.00 seconds.

World Championships bronze medallist Nesta Carter and Kemar Bailey-Cole will be the other Jamaicans in the race and are expected to be lifted by the anticipated strong Jamaican support.

Carter, who has a season’s best 10.02 seconds which is tied with Blake, promised at yesterday’s press conference to go under 10.00 seconds as he got ready for the National Senior Trials in two weeks’ time.

Blake would not be drawn into any time prediction, but was quoted as saying he would “prefer to let the running speak for itself”.

He did, however, say he would be giving the fans something to cheer about. “Sometimes I shut out the crowd just to focus, but sometimes you can’t help but to hear it in the background. I think the Jamaican fans will be really good for getting the adrenaline pumping in the body, which is when you tend to do great things.”

Samantha Henry-Robinson, the second fastest woman in the world so far this year with a season’s best 11.00 seconds, Schillonie Calvert, Carrie Russell and Kerron Stewart will line up in the women’s 100m against new American phenom Tori Bowie, who has created upsets on the Diamond League circuit, as well as Alexandria Anderson.

Another trio of swift Jamaicans, World Championships silver medallist Warren Weir, Nickel Ashmeade and Rasheed Dwyer will take part in the men’s 200m, where they will face Panama’s Alonso Edward, who comes into the race with the fastest time in the world so far this year with 20.00 seconds.

Anniesha McLaughlin is the only Jamaican in the women’s 200m.

World Indoor triple jump bronze medallist Kimberly Williams will start as the favourite to win the hop, skip and jump, as her season’s best 14.56m is the best coming into the event where only one other jumper, Russian Anna Pyatykh, has gone over the 14.00m mark.

Damar Forbes will seek to go over the 8.00m mark for the first time this season in his first time at this meet, but will face a stern test.

Natoya Goule will enter the women’s 800m race with the fastest time this season, but will face a field that includes the outstanding American teen sensation Mary Caine.

Anastacia Leroy, who looks to be in top form this season, and World Championships finalist Stephenie Ann McPherson will take part in the women’s 400m, while Akheem Gauntlett and Terrance Livingstone will run in the men’s 400m B race.

Shermaine Williams, a semi-finalists at the World Championships, will contest the women’s 100m hurdles event.