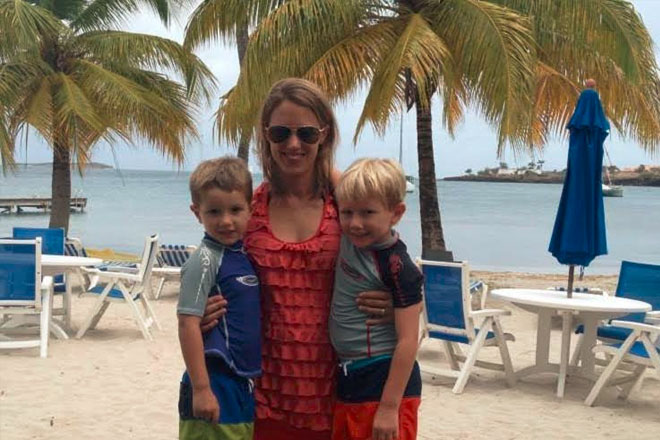 A partially decomposed body believed to be that of the 36-year-old was found in the south of the island today, the same day that Akim Frank who was wanted in connection with her disappearance surrendered to police.

The Royal Grenada Police Force (RGPF) said it could not yet confirm the identify, even though it “believes the body to be that of the missing Linnea Veinotte based on information received during the course of the investigation into her disappearance”.

“However, the RGPF advises the general public that a positive identification must be made before final confirmation,” it said in a statement as news spread that Veinotte’s body had been found.

“The police will continue to work speedily to resolve this matter and will keep the public informed accordingly.”

The St. George’s University where Venoitte worked also tweeted that it was the body of the mother of two that had been discovered and went as far as saying that someone in custody had admitted guilt.

No such confirmation has come from police, however.

Frank, who turned himself into lawmen in the wee hours of this morning, after being identified the day before as a person of interest in the case, remains in police custody assisting with investigations.

Assistant Superintendent of Police Sylvan MacIntyre said he was “known to police”.

Veinotte went missing on Sunday morning after going running with the family dog, Nico. The dog was struck by a vehicle and left on the side of the road, but Veinotte was nowhere to be found.

Police believe Frank was driving the vehicle that struck Nico. The vehicle has been recovered.

Messages of condolences have been pouring in on social media, including on the ‘In Memory of Linnea Veinotte’ Facebook page, which was previously called ‘Find Linnea Veinotte in Grenada’.