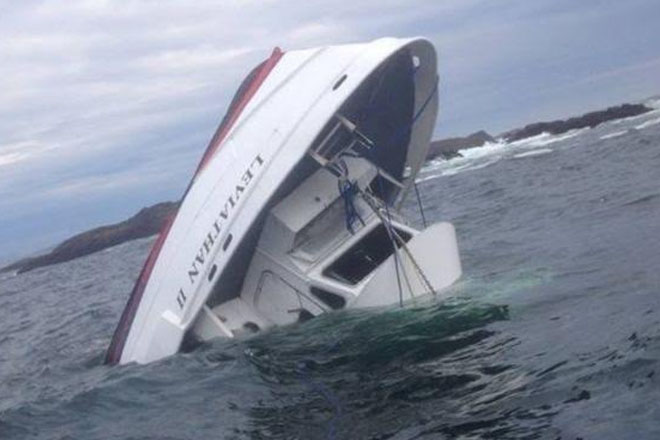 (BBC) The body of an Australian who drowned after a whale-watching boat capsized off Canada last month has been found.

Surfers found the body of Raveshan Pillay, 27, washed up on a beach on Wednesday, the coroner said.

Six people died when the Leviathan II capsized on 25 October after being struck by a wave.

Mr Pillay’s partner, UK citizen Danielle Hooker, was on board the sinking vessel. Her father, Nigel Hooker, also died in the incident.

Investigators said the vessel may have become unstable, with most passengers standing on the left side when the wave struck. Twenty-one people were rescued after the boat capsized.