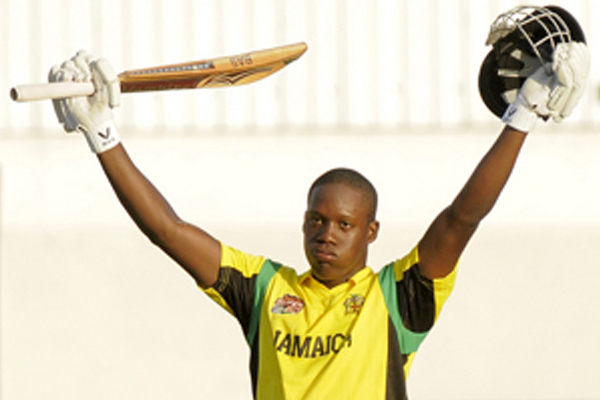 BRIDGETOWN, Barbados, (CMC) – Jamaican opener Nkrumah Bonner unleashed a hostile century to catapult West Indies High performance Centre to a six wicket victory over Bangladesh A in the third and final One Day game of a three match series here on Thursday.

The victory, inspired as well by a three wicket haul from Carlos Braithwaite who led a demolition of the Bangladesh lower order, ensured HPC completed a series victory after winning the first two matches.

Bonner batted throughout the innings to be unbeaten on 111 as HPC cruised to their target after Braithwaite snatched three for 13 runs to trigger a lower order batting collapse and restrict the visitors to 221 all out.

Bonner took the sword to the Bangladesh bowlers to keep the momentum in HPC’s favour and reached three figures from 124 balls, in 191 minutes hitting 17 fours and two sixes.

His innings consolidated on an opening stand with Andre Fletcher that produced 98 runs before Fletcher was caught behind for 39 after scoring a boundary and hitting three sixes.

The inform Jermaine Blackwood contributed 27 to the chase as the bowling, highlighted by a three wicket haul from Shafiul Islam, posed no real threat to the home side.

Bangladesh A, who won the toss and decided to bat, were reeling on 81 for the loss of three wickets before the 20th over.

Allrounder Andre Russell picked up an early wicket, having Abdul Majid caught at slips and was denied of a second two overs later when Marshall Ayub survived a dropped catch.

However a 62 run partnership for the second wicket between Ayub and Nurul Hasan brought the innings back on track.

Hason scored 45 while Shubhagoto Hom led the mid wicket revival with a top score of 66 to dominate a stand for the fourth wicket with Naeem Islam who posted 33.

Bangladesh’s fight back carried them to 205 for six before Braithwaite returned to snuff out their last resistance accounting for three of their remaining four wickets in the space of four overs.

The Barbadian pacer was also involved in other aspects of play that resulted in the loss of crucial wickets such as his run out of top scorer Hom and his catch to remove Taijul Islam without scoring.

Jonathan Carter also picked up three wickets but conceded 17 runs while Nikita Miller took two for 37 including opener Hasan for 45.

HPC and Bangladesh A begin a two-game T20 series Saturday at Kensington Oval.