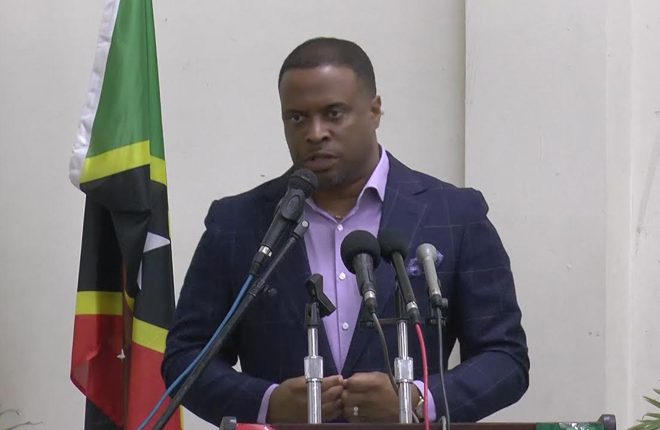 (ZIZ NEWS) — Minister of Foreign Affairs Hon. Mark Brantley has cited a failure of diplomacy for the reason behind citizens of the federation requiring a visa to travel to Canada.

He said it is a misconception to think that requiring a visa is a good thing.

“It is not a good thing and all the members of this government are aware of the number of nationals who have come to say they have loved ones who have died, they have celebrations in Canada but they cannot get the visa and while some sought to persuade us that requiring a visa was a good thing, you and I know that that is not a good thing for our country and so we continue to engage with the Canadians,” he said.

The Foreign Minister said his ministry has been engaging Canadian officials in regards to the visa requirement but has recently had some setbacks.

“The Prime Minister of Canada in the last few weeks, decided to reshuffle his cabinet and the two people who were most important to us, the foreign minister is no longer Foreign Minister. He has gone to be the ambassador to the European Union and the other gentleman, whom the Prime Minister and I met with in Ottawa, was in charge of immigration, and we were working well with him, he too has been removed and he has gone to China to be the ambassador to China. I saw all that to say there are new people in place and we must go at the appropriate time to meet and engage the new leaders of those ministries to move the process forward,” Minister Brantley explained.

On November 22, 2014 Canada implemented the visa requirement on St. Kitts and Nevis due to concerns about the issuance of passports and identity management practices within the Citizenship by Investment Program.