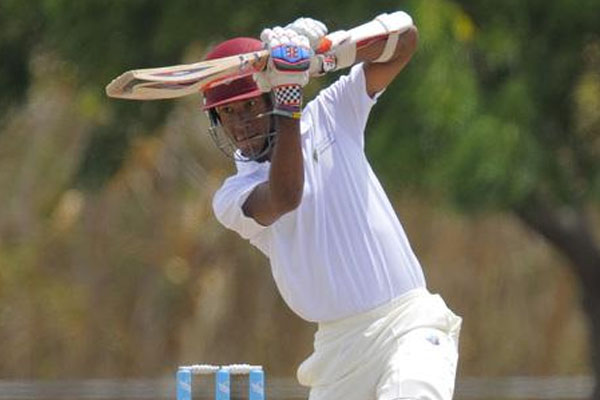 Brathwaite stars but Windies A collapse

With Sri Lanka building a lead at 63 for two, Blackwood struck twice in the space of four deliveries in what proved to be the day’s final over, to limit the hosts to 63 for four at the close of the third day of the contest at the Uyanwatte Stadium here Monday.

He bowled well-set captain Upul Tharanga for 40 and then also rattled the stumps of Visha Fernando to send back the new batsman without scoring.

Sri Lanka A will start the final day with an overall lead of 78.

Earlier, fast bowler Shannon Gabriel finished with a five-wicket haul as Sri Lanka A, resuming on 137 for six, were dismissed for 166 in their first innings.

Right-armer Gabriel, added three more wickets to his tally from overnight, to finish with five for 29 as Sri Lanka last their last four wickets for 29 runs.

Test opener Kraigg Brathwaite then hammered a top score of 76 but West Indies A lost wickets all round him to crash to 151 all out in reply.

The right-handed Brathwaite faced 108 balls and counted nine fours before being eighth out with the score on 125.

Brathwaite and Walton added 37 for the fifth wicket – the highest stand of the innings – after West Indies a slumped to 57 for four. However, once they were separated, the visitors lost their last six wickets for 57 runs.

Off-spinner Tharindu Kaushal was the chief destroyer with five for 73 while seamer Nuwan Pradeep finished with three for 28 and fellow pacer Kasun Madushanka, two for 30.