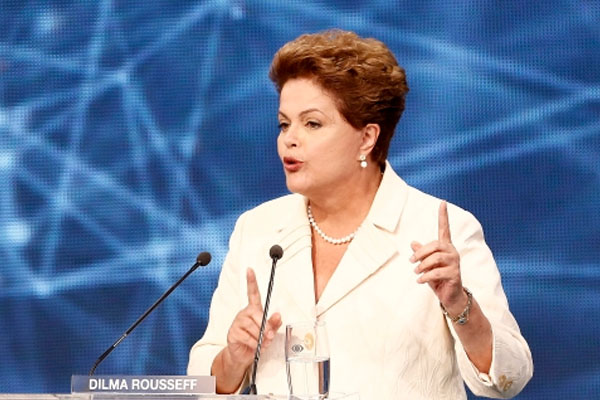 Rio De Janeiro (AP) — Left-leaning President Dilma Rousseff was re-elected Sunday in the tightest race Brazil has seen since its return to democracy three decades ago, giving the juggernaut Workers’ Party its fourth-straight presidential victory and the chance to extend its social transformation of the globe’s fifth-largest country.

Rousseff took 51.6 per cent of the votes and centre-right challenger Aecio Neves had 48.4 per cent, with almost all ballots counted. The result reflected a nation deeply divided after what many called the most acrimonious campaign since the return to democracy, with charges of corruption, nepotism and ample personal barbs thrown by both sides.

The re-elected leader faces an immense challenge of reigniting a stalled economy, improving woeful public services that ignited huge anti-government protests last year, and trying to push political reforms through a highly fragmented congress where the governing coalition has less support than it did four years ago.

Speaking in front of a banner that read “New Government, New Ideas” and a giant photo of Rousseff from her days as a militant who fought against Brazil’s long military regime, she thanked her supporters, starting with her political mentor and predecessor Luiz Inacio Lula da Silva, who picked her to take his place in 2010.

“My dears, my friends, we have arrived at the end of a campaign that intensely mobilised all the forces of this country,” Rousseff said. “I thank every Brazilian, without exception.”

She added that she “thanks from the bottom of my heart, our Number one militant, President Lula,” as the former leader used a handkerchief to wipe tears from his eyes.

Rousseff sounded a conciliatory tone, saying during the live broadcast that she understood the heightened demands of Brazilians. “That’s why I want to be a much better president than I have been until now,” she said.

During the Workers’ Party time in power, the Government has enacted expansive social programmes that have helped pull millions of Brazilians out of poverty and into the middle class, transforming the lives of the poor.

But the globe’s seventh-largest economy has underperformed since 2011, with some fearing it could put the social gains at risk.

“Dilma has social inclusion on her side, but the macroeconomic policies during her first four years in office have been very weak,” said Carlos Pereira, a political analyst at the Getulio Vargas Foundation, Brazil’s leading think tank. “Inflation has returned, the country is in a technical recession and public spending is out of control. It is less likely she will be able to offer social inclusion and macroeconomic stability at the same time.”

The choice between Rousseff and Neves split Brazilians into two camps — those who thought only the president would continue to protect the poor and advance social inclusion versus those who were certain that only the contender’s market-friendly economic policies could see Brazil return to solid growth.

Rousseff and Neves fought bitterly to convince voters that they can deliver on both growth and social advances. This year’s campaign is widely considered the most acrimonious since Brazil’s return to democracy in 1985, a battle between the only two parties to have held the presidency since 1995.