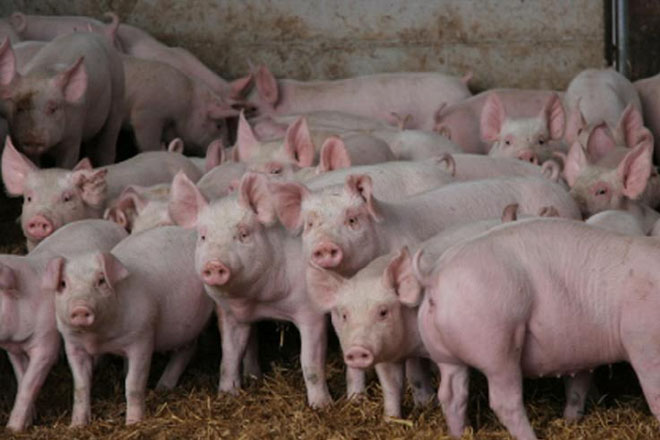 Prior to this development, research into pig organs for human transplants had stalled, partly due to the infectious porcine endogenous retrovirus (PERV) that is found in all pig DNA and can infect human cells in either a lab dish or an animal host.

Wired reports that it is these infectious residual traces of PERV DNA, which exist in multiple locations in the pig genome, that geneticist George Church’s team successfully removed from 62 sites in a porcine epithelial kidney cell. The edited cells were up to 1,000 times less able to infect human kidney cells with PERV.

Professor Church, who has founded a private company called eGenesis to further develop the technique, told the National Academy of Sciences that his group had successfully created pig embryos with inactive PERV sequences.

The team hopes to have PERV-free embryos ready to implant in 2016, allowing them to create retrovirus-free cloned pigs.

While eliminating the retrovirus removes one major risk, PERV transmission isn’t the only obstacle preventing the use of pig organ transplants.

The journal Science notes that the implantation of tissue from pigs causes a violent immune response in human cells, resulting in the rejection of transplanted organs.

Transplant immunologist Daniel Salomon nevertheless told Science that the elimination of PERV from pig DNA meant there was “one less issue to deal with” for scientists hoping to make porcine transplants a reality.

Salomon also noted that the successful removal of PERV could indicate the potential to edit out other causes of organ rejection in the pig genome.

Professor Church and his colleagues used CRISPR to find and disrupt all instances of the harmful PERV sequence.

A CRISPR – Clustered Regularly Interspaced Short Palindromic Repeat – is a sequence of DNA found in the genomes of bacteria and other microorganisms, functioning as part of the immune system.

CRISPR sequences have a “genetic memory” that allows them to recognise viruses that have previously attacked their host. When they detect any DNA sequence that matches one they have stored, they disable it.

Professor Church says the development holds great promise for using animal organs in humans – referred to by scientists as “xenotransplantation.”

“It was kind of cool from two stand points,” he said.

“One is it set a record for CRISPR or for any genetic modification of an animal, and it took away what was considered the most perplexing problem to be solved in the xenotransplantation field.

“With immune tolerance, that completely changes the landscape as well.

“These two things, immune tolerance and now getting rid of all the retroviruses, means we have a clear path.”

If successful, it could be an answer to the critically overstretched supplies of human donor organs, but years more research is needed before genetically modified pigs could be bred to grow organs for humans.

Commenting on the development, Dr Sarah Chan, an expert from the University of Edinburgh, told BBC News: “Even once the scientific and safety issues have been addressed, we should be mindful of the possible cultural concerns and societal impacts associated with more widespread use of pig organs for human transplantation.

“Nonetheless, the results of the study are valuable both as a proof of principle and a potential step towards therapeutic advances in this area of much-needed research.”