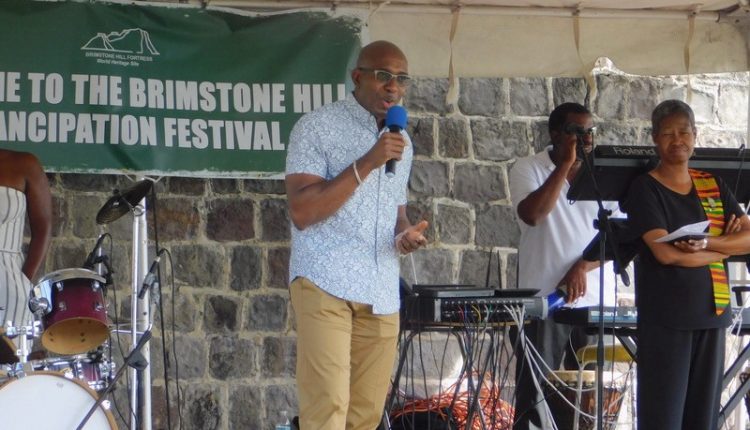 Patrons were treated to performances from local acts such as Rap So D, Cotton Thomas Comprehensive school drum corps and King Socrates. There were also dramatic pieces, a string band, folklore and calypso performances.

Vice President of the Brimstone Hill Society, David Lake stated that the goal of festival is to commemorate the ending of slavery and spoke about the contributions made by enslaved Africans at the brimstone hill fortress.

In his closing statements he asked for more persons to participate in the preservation of the culture by becoming members of the Brimstone Hill Society.

According to a statement the emancipation festival is intended to promote greater awareness and understanding of the historical reality of the enslavement of African people in the Caribbean and the Americas and the cultural legacy of Africa in the Caribbean.