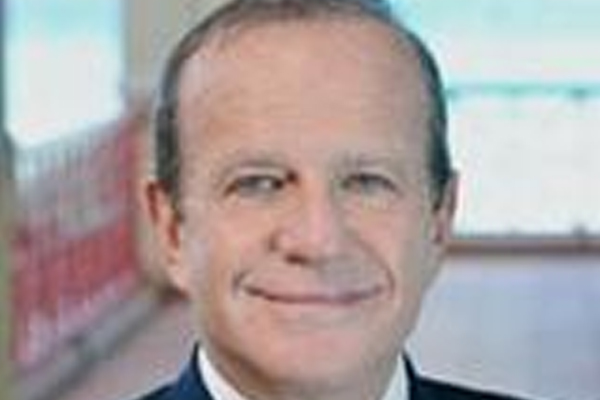 London, England — The chairman of the Cayman Islands Stock Exchange, local attorney at law Anthony Travers, has accused UK Labour Party leader Ed Miliband of being hopelessly out of touch in relation to international tax avoidance.

Travers’ comments follow a letter from Miliband to the leaders of Britain’s Overseas Territories and Crown Dependencies.

Miliband said that a new Labour government would push for UK overseas territories to be put on an international blacklist if they refuse to co-operate with a drive against tax avoidance. He said they would have six months to compile a public register of offshore companies. If they failed, they could be put on a “tax havens” list and incur sanctions.

Miliband told BBC News: “Billions of pounds are being lost in tax avoidance. Today we’re serving notice on tax havens linked to Britain that they must open their books within six months of a Labour government, or face international action.”

Miliband’s letter was sent to British Overseas Territories – Anguilla, Bermuda, the British Virgin Islands, the Cayman Islands, the Turks and Caicos Islands, Gibraltar and Montserrat – and the Crown Dependencies of Jersey, Guernsey and the Isle of Man.

“If any Overseas Territory or Crown Dependency does not meet this deadline, we will ask the Organisation for Economic Co-operation and Development to put them on the OECD’s tax haven blacklist,” he said.

However, Travers said: “With his comments on the role of the Overseas Territories, Mr Miliband shows himself as more hopelessly out of touch in relation to international tax avoidance than in relation to domestic matters .

“In fact the Overseas Territories have maintained complete records on ultimate beneficial ownership to the international gold standard set by the OECD for over two decades.

“What quite the OECD would make of Mr Miliband’s threatened report given the OECD’s own verification on the subject and the Overseas Territories commitment to the OECD Automatic Reporting Standard is a matter for conjecture and possible further embarrassment.

“Nor, in the light of the unlimited powers to undertake investigation of these beneficial owners granted by the Overseas Territories to the IRS and HMRC by treaty, does his suggestion that the “authorities” have been hampered in undertaking tax investigations bear any relation to the reality.”

Travers is acknowledged as one of the most experienced and accomplished attorneys in the world of international financial centres. He also chaired Cayman Finance, the trade body that represents the islands’ financial and business community.

His statement continued: “OECD Secretary General Mr Angel Gurria has stated that companies cannot be blamed for taking advantage of lawful tax avoidance and indeed it is to domestic tax legislation on transfer pricing (ironically based on the OECD model) that Mr Miliband should look if he wishes to capture the ‘billions” to which he refers.

“An informed politician, genuinely concerned about tax evasion and tax avoidance, as opposed to making populist sound bites should be lauding the standards of transparency set by Overseas Territories as the example to which other jurisdictions, notably the wholly opaque US corporate centres of Delaware, Wyoming and Nevada, should now be held and making more detailed enquiry of the double tax treaty abuses that are routinely adopted in the European centres.”

Meanwhile, premier of the Turks and Caicos Islands (TCI), Dr Rufus Ewing, said on Tuesday he had yet to receive any letter from Miliband on this or any other subject.

Nevertheless, Ewing said the TCI government takes exception to the statement made by Miliband in referring to the jurisdiction as a “tax haven”.

“The Turks and Caicos Islands is a well regulated and compliant financial services jurisdiction that has complied with the FATF Standards, Global Forum Standards and have signed numerous Tax Information Exchange Agreements (TIEAs), including the US-FATCA, UK-FATCA and multilateral agreement on automatic exchange of information in Berlin on 29 October 2014, among numerous others agreements,” he explained.

“It is the position of the Turks and Caicos Islands that we will continue to comply with all of the global standards as issued by FATF, Global Forum, AML Directives, G20 Principles and we will continue to improve our systems, in ways that support sound business growth locally and globally. However, until such time as there is global agreement on appropriate exemptions and safeguards, and a public central registry becomes the internationally practiced standard, the Turks and Caicos Islands will continue to follow its current regime,” Ewing continued.

He suggested that it would have been more helpful for Miliband to have met with the leaders of the Overseas Territories during their many visits to the UK, the most recent being for the purpose of the Joint Ministerial Conference meeting, during which meeting the issue of beneficial ownership was of key debate.

“Such engagement would have allowed Mr Miliband to familiarize himself with our jurisdictions, and perhaps he might have discovered that the OTs are not tax havens as he accuses but, in fact, well and better regulated financial services jurisdictions than many larger jurisdictions,” Ewing said.