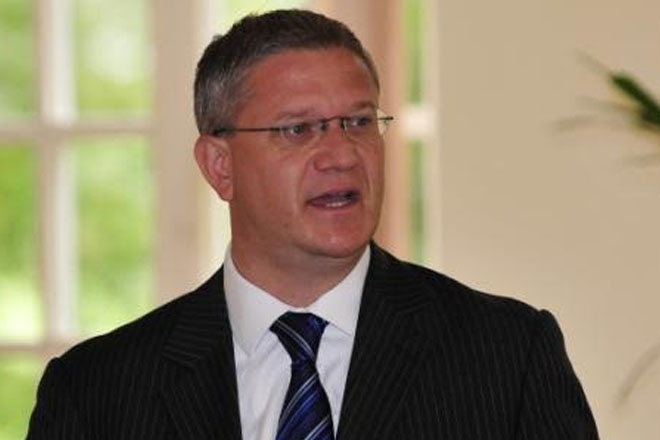 British MP calls for representation at Westminster for overseas territories

London, England (CNS) — The Conservative MP for Romford in the UK parliament has suggested there should be representation in Westminster for Britain’s overseas territories. Andrew Rosindell, who chairs the Parliamentary British Overseas Territories Committee, said that the onset of devolution meant it could now be argued that home countries such as Scotland have as much autonomy as some territories and dependencies, but they have the advantage of representation in Westminster.

Speaking at a fringe meeting at the Conservative Party conference this week, Rosindell said that the French, Dutch, and Danish overseas territories all had elected representation in the respective national parliaments but British territories do not.

He said that not only should representation in the House of Commons be looked at but there was room to consider having members in the House of Lords, which could be easier to bring about. With over 830 members, Rosindell told a panel discussion at the meeting, it was only fair to allow some BOT and crown dependency members of the House of Lords.

The fringe meeting was hosted by the Friends of the British Overseas Territories (FOTBOT), which was created to bring together people from all 16 British overseas territories and to promote, support and increase awareness of them, according to Anthony Webber, a political analyst and independent commentator from the UK’s crown dependency of Guernsey who was at the meeting.

“Times have changed, the world has moved on, devolution has taken place, and it is only right that we should have our say in the British Parliament on matters such as foreign affairs and defence, and indeed any issues which affect us,” Webber told CNS. “I feel change is going to come and we need to be putting our own ideas forward about what sort of change suits us best.”

While the BOTs and crown dependencies have mixed opinions about full Westminster representation, Rosindell said he was pleased that at last discussion had started on the issue and that progress could now be achieved in that direction.

He also spoke about the impending referendum in the UK regarding European Union membership, which will have an impact on the UK’s territories, as many of them, including Cayman’s offshore sector, do business within the Union.

Rosindell steered through an amendment in the UK Parliament recently to ensure Gibraltar was included in the referendum process because, like the UK, it is technically in the EU. But the MP believes the other territories should also take part. The territories are all party to various agreements and laws which connect them to the EU via the UK and whatever the outcome of this referendum on Britain’s future in the European Union, the BOT’s will be bound by the result, so, the MP argued, it cannot be right for them to be excluded.

“There are people in all the BOTs and crown dependencies who have passionate views on both sides as to whether their jurisdictions should continue to have a relationship with the EU,” Webber said, as he pointed to the increasing benefit for territories and dependencies to become more involved in the political landscape and the debates in the UK to promote their interests and raise awareness among politicians.

He pointed out that some OTs and dependencies had stands in the main conference exhibition area at this year’s Conservative conference and in future OTs should consider a joint stand at these events to promote their cause.