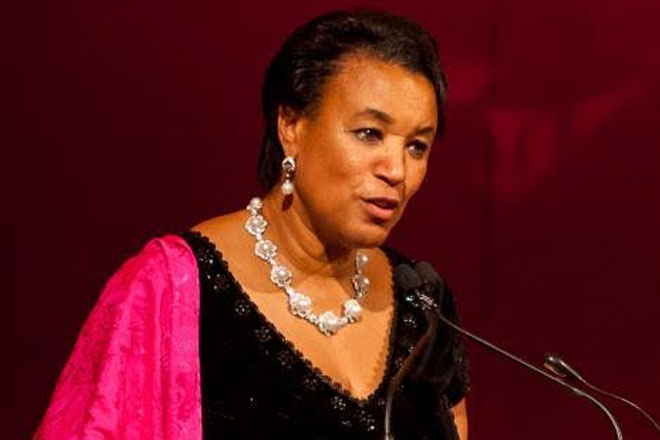 London, England — Private Eye, a well-known British satirical and current affairs magazine based in London, has weighed in on the campaign financing disclosed by Baroness Patricia Scotland of Asthal, Dominica’s nominee for the post of Commonwealth secretary-general.

Since its first publication in 1961, Private Eye has been a prominent critic and lampooner of public figures and entities that it deems guilty of any of the sins of incompetence, inefficiency, corruption, pomposity or self-importance and it has established itself as a thorn in the side of the British establishment.

As a sitting member of the House of Lords, Britain’s upper house of parliament, Scotland is required to file a disclosure statement of her financial and other interests and her parliamentary data sheet reveals that her current campaign is financed by some individuals and corporations that Private Eye describes as “curious” and “odd”.

“Curiously, her campaign is being financed by Ron Wahid, a Zurich-based financier and sometime polo player with a taste for private jets. Although he was born in Bangladesh, since moving to America as a boy Wahid has had no discernible Commonwealth interests. A chum of former US vice-president Dick Cheney, he was part of a group of neo-cons who helped drum up congressional support for invading Iraq in the early Noughties,” Private Eye reported in this week’s edition of the magazine.

Coincidentally, as a minister in the then Labour administration in Britain, Scotland also argued for the invasion of Iraq based on the fabricated information that Saddam Hussein‎ had weapons of mass destruction.

Since then, Wahid has relocated from America to Switzerland, where he runs the finance company RJI Capital and the secretive Arcanum Global, which offers “a host of bespoke and tailored strategic intelligence products to governmental entities and the private sector across a range of industries”.

In January 2011, Meir Dagan, who headed the Israeli intelligence service Mossad for eight years before retiring, joined Arcanum Global as a part-time consultant.

Among the clients availing themselves of Arcanum’s “intelligence products” is Nursultan Nazarbayev’s dictatorial regime in Kazakhstan, which also employs Wahid’s friend, former British prime minister Tony Blair. Nazarbayev, whose opponents have mostly been jailed or driven into exile, was recently “re-elected” with 97.7 percent of the vote.

Arcanum has been mentioned in connection with a number of questionable activities, notably, a plan to kidnap Alma Shalabayeva, the wife of Kazakhstani opposition politician Mukhtar Ablyazov, and her daughter in Rome.

“Oddly enough, Scotland’s current entry in the [House of] Lords’ register of interests reveals that as well as being financed by Wahid she also enjoys ‘sponsorship’ from her Arcanum colleague Lord Evans and his company Newsdesk Media, which provides her with a parliamentary researcher and a private secretary. By a further happy coincidence, Newsdesk Media produces glossy publicity brochures for clients who include the government of Kazakhstan,” Private Eye said.

“Why this sudden interest [by Wahib] in the Commonwealth? No one knows. But if he ever wants access to a whole new world of potential clients in Africa, India and the Caribbean, having the secretary-general on the payroll probably won’t be a hindrance,” the article concluded.