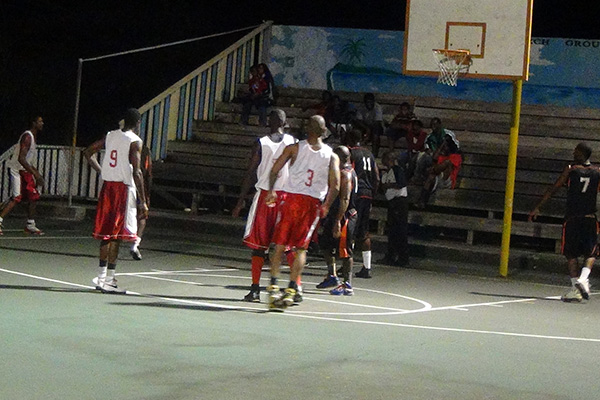 It is the final stage of the 2013 edition of the Malcolm Guishard Memorial Basketball league and the match was postponed from Saturday night due to heavy rains.

Champions CG Rebels had the slightest of leads at the end of the third quarter with the score at the whistle 59 to 58 in their favour.  However, something went wrong in the final quarter as the Bronx team totally dominated to score all of 25 points to their 16.

The summarized scores were:

The first match of the evening was also a closely fought contest between  CG Massives and PJ’S for third spot.  At the end of the game, it was the home team CG Massives celebrating with a score line of  57 to 52 in their favour.  CG Massives therefore securing the coveted third place trophy.

The next crucial game will be played this evening—Tuesday 19th November at 7 pm at the Church Ground hard court .  The big question is:  Will CG Rebels force a game three or will Bronx Crisis take championship honours tonight?

We will wait and see.