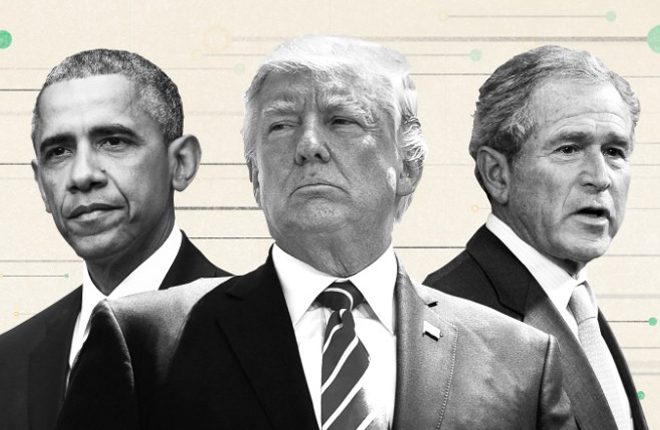 Bush, Obama blasts will be water off Trump’s back

(CNN) The Presidents club is turning on its newest member.

Breaking the code of silence that retired commanders in chief normally maintain about their successors, both George W. Bush and Barack Obama delivered clear jabs at the current occupant of the Oval Office on Thursday.

President Donald Trump, however, likely didn’t feel a thing. His entire political brand stands as a living rebuke to the political establishment that both men once led and to the traditionalists who believe his behavior is eroding the prestige of the presidency itself.