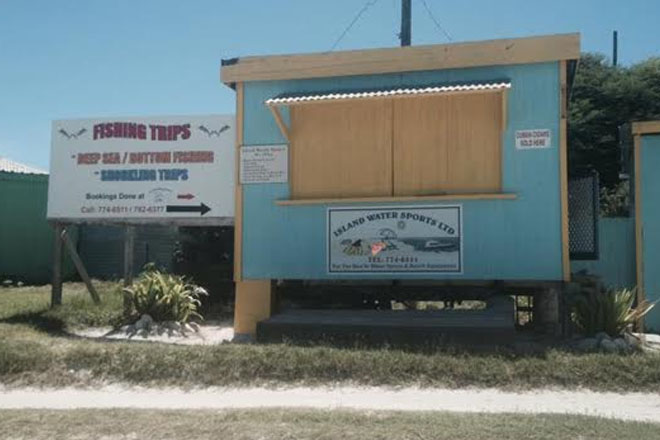 The owner of a water sports business in Antigua, who is receiving bad press over an incident involving a stray dog at Long Bay, said he is seeking legal advice on the matter.

Rolston Roberts, director of Island Watersports, said he would be speaking to his lawyer after British tourist, Julie Bailey posted the name and picture of his business on the internet asking tourist to boycott his business over its poor treatment of animals.

The controversy arose late last week after Bailey alleged that one of Roberts’ employees attempted to drown a stray dog on the beach.

Roberts said the dog in question was known to attempt to attack locals on the beach, and there is no truth to the story.

“Everybody was just trying to protect themselves from this dog. This is a stray dog on the beach and this lady had been feeding it down at the Grand Pineapple. She’d been walking it up on the eastern end where the locals would bathe and so on. I went to the lady and asked if it was her dog, all the while the dog was there growling at me, and she put her hands up in the air and said it’s not her dog.”

He also said the dog only seemed to run at black people, which he said, seemed to amuse Bailey. He described the situation as unfair.

“My business is on Long Bay beach, which is a public area and the dog rushes after somebody, which I have seen it do with my own eyes, and she thinks she’s going to put up my business as one that doesn’t like dogs, it doesn’t make any sense,” he said.

“I don’t know of anybody, at the time, that they were saying, which would have tried to drown the dog. It’s impossible for us to drown a dog, which I’ve seen that’s just up and down the beach attacking people. First of all, how are you going to catch a dog that’s just rushing you and everybody’s just trying to protect themselves.

“There’s no truth to the story that people were trying to drown the dog.

Roberts further refuted claims that he is an animal abuser.

“I, myself, I have two dogs and I take them to the vet, I do all those things. One of them is one I found on the street as a little puppy and I took him in.”

OBSERVER media also spoke with an employee at the company, who chose to remain anonymous. The source said it was unfortunate that “a big misunderstanding”, had escalated into a national debate on animal welfare.

She said a sign on the beach indicates that no stray animals are allowed and according to her, efforts to get the dog off the beach intensified after it tried to bite her co-worker.

The woman said the tourists fed the dog which made it difficult to get the animal off the beach. She also noted that interestingly enough, the canine barked only at people of colour.

The water sports employee adds that during the noise over the animal, the visitors were asked who would foot the bill if the stray dog bit someone.

According to her, the tourists, who felt so strongly about the rights of the animal, were then quick to say it was not theirs.

After sounding the alarm over the abused dog, now named Dolly, late last week, Bailey has begun efforts to have the animal relocated to her home in the UK.