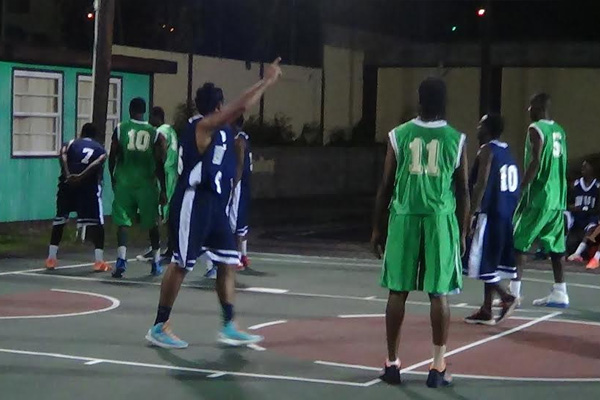 BVI gets better of weekend encounters

(Sports Page)- The BVI representative team got the better of the exchanges in a weekend of Basketball action hosted by the Nevis Amateur Basketball Association.

It was previously scheduled to be a four team match up in the much anticipated Basketball festival with team Nevis; BVI; Team St. Kitts and CG Rebels, all slated to participate.

However, team St. Kitts was unable to attend.

On the evening of Saturday 28th February, the BVI engaged local champions CG Rebels at the Grell Hull –Stevens Netball Complex, in what was turning out to be an exciting contest, until rain intervened and halted the game.

BVI was at one point leading by more than ten points but the CG Rebels players were clawing back into the game, when a heavy downpour abruptly halted the match.