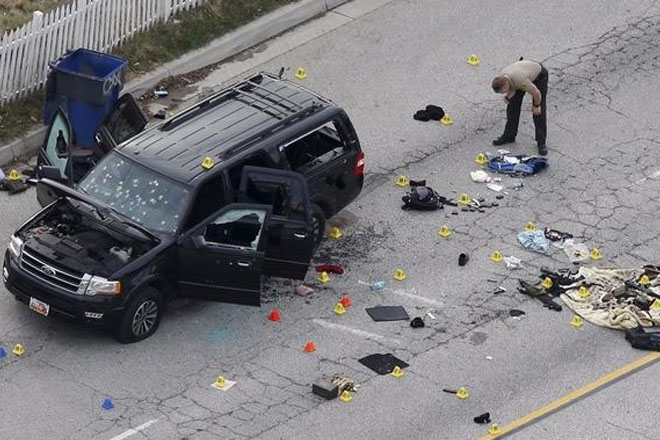 California shooter ‘pledged allegiance to IS’

(BBC) The female suspect in the California gun attack pledged allegiance to the leader of the Islamic State (IS) group on Facebook, US media reported.

Tashfeen Malik made the post under an account with a different name US officials are quoted as saying.

Fourteen people were killed and 21 wounded in Wednesday’s attack.

Malik and her husband Syed Rizwan Farook, 28, died in shootout with police after the killings at San Bernardino.