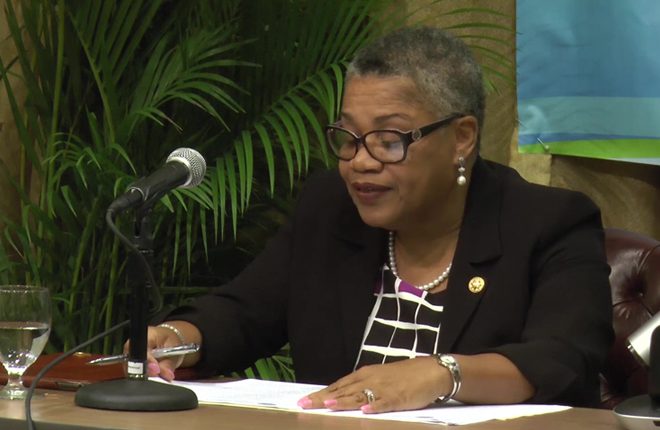 Call for funding for courts

(ZIZ News) — Chief Justice of the Eastern Caribbean Supreme Court Dame Janice Pereira is challenging Caribbean governments to do more to fund courts across the region.

During her address at the working session of the 16th Conference of Governors General and Presidents on Tuesday the Chief Justice noted that many of the problems the court system faces are a result of inadequate funds.

“The difficulties of delay and backlog facing the court, in many respects, are directly attributable to a lack of resources available to the court to optimally carry out its duties. It is the states’ and territories’ responsibility to provide adequate financial resources for the judiciary,” she said.

She continued “It is also their responsibility to provide to the judiciary adequate physical facilities and related infrastructure to enable it to conduct its business in delivering justice and ensuring proper access to justice.”

The Chief Justice said aside from improving the physical structures of the courts, there must also be attention paid to staffing the institutions with quality personnel.

“Human resources with the necessary training and experience must also be deployed with the ability to build capacity and sustain it. So it is only by investing and taking active steps to reduce or eliminate entirely those shortcomings that public confidence in the judiciary can be improved and sustained,” she said.