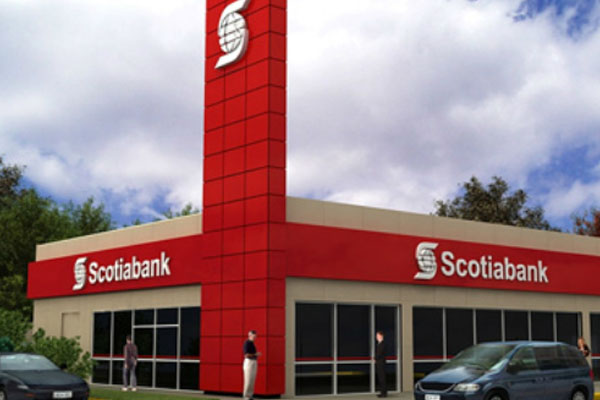 Toronto, Canada (CMC) — Canadian banks with operations in the Caribbean say a combination of lower oil prices and cost-cutting is poised to help improve their operations.

While the banks brace for loan losses and lower revenues in Western Canada due the plunge in oil prices, the big Canadian banks say the Caribbean is set to benefit from the decline.

“They’re one of the biggest beneficiaries of cheaper oil, so there are some positives finally starting to creep in to the economic outlook of the region from that perspective,” said Royal Bank of Canada (RBC) chief executive David McKay.

“We’re operating in a very challenging economy but, with that cost takeout, we feel strongly that we will have a strong rebound in the Caribbean performance in fiscal 2015,” said McKay, who noted that RBC has trimmed its staff in the region from more than 6,500 to under 5,000 in the past two years.

“We’ve done the hard work necessary to turn that franchise around and I am confident that in 2015 you’ll see the fruits of all that work,” he told a banking conference here.

Caribbean economies have been in a slump since the global financial crisis caused a slowdown in the region’s vital tourism industry.

RBC announced last year it is exiting its Caribbean wealth management business, after selling its Jamaican operations at a loss. At the same time, another Canadian bank, CIBC, took a CAN$420 million (One Canadian dollar =US$ ) charge on its Caribbean operations in the second quarter of last year, plus an additional CAN$123 million in loan losses.

The Bank of Nova Scotia, which has also been operating in the Caribbean for more than a century, plans to close some of its 370 branches in order “to be congruent with the economic reality,” Scotiabank’s chief executive Brian Porter told the banking conference.

But with oil prices declining, Porter said Scotiabank’s Caribbean operations are about to turn a corner.