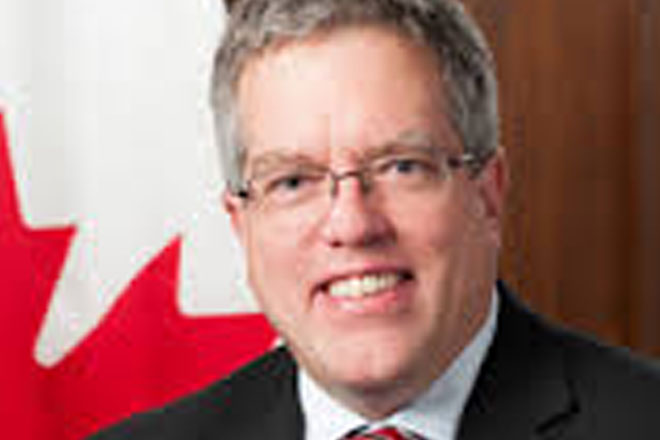 Kingston, Jamaica — Canadian high commissioner to Jamaica, Robert Ready, has commended Caribbean Community (CARICOM) member states on the significant advances made in the CARICOM Single Market, including the liberalization of the market for services and the free movement of goods and movement of skills.

Ready was addressing media workers and government officials during the opening ceremony of a CARICOM Single Market media workshop on March 20 in Kingston, Jamaica. The workshop, one of several activities that fall under the CSM Information Flows project is funded by the government of Canada through the CARICOM Trade and Competitiveness Project (CTCP).

The high commissioner noted that substantial support for the Single Market had come through the Canadian-funded CTCP to assist member states in putting administrative and regulatory systems for the Single Market in place to ensure each and every Caribbean national can benefit from the free movement of goods, services, labour and capital within the region.

He said the government of Canada was pleased to be able to partner with CARICOM to the tune of $15 million Canadian dollars through the CTCP to implement new and in some cases extensive reforms of existing legislation, regulations, and associated procedural and administrative arrangements to operationalise the CSME.

Such changes, he observed must be reflected in national priorities and coupled with the right skill sets developed through appropriate education programs.

“The CARICOM Trade and Competitiveness Project is promoting a more integrated Caribbean community in order to increase opportunities across the region for the average CARICOM citizen,” the high commissioner stated.

To this end, he expressed the hope that regional integration would continue to provide Jamaica and the other member states with numerous opportunities.

Ready also called on CARICOM to not only focus on developing regional trade, but to take its place in the international trading system. He said this was becoming increasingly necessary as the rest of the world moves internationally to consolidate its trade relations.

The media workshop, attended by more than 20 media workers from Kingston-based media houses, is one of several activities funded through the CTCP under component 300 entitled the CARICOM Single Market Information Flows Project. The project is mandated to set the framework for heightened public education and awareness on the CSME led by the focal point ministries in six CARICOM member states.

This includes capacity building initiatives, worksite meetings, sustainable public education strategies and information channels, and workshop training of the media, teachers and spokesperson to spread the word among their significant stakeholders and publics. The project is being implemented in Belize, Jamaica, Dominica, St Vincent and the Grenadines, Grenada and Guyana.